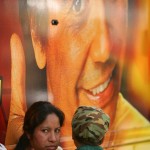 The U.S. is now the world’s second largest Spanish-speaking country after Mexico, according to a new study published by Spain’s Instituto Cervantes. The report, El español, una lengua viva (Spanish, a living language) found that there are about 560 million Spanish speakers in the world, of which 41 million native speakers and 11.6 million speakers of Spanish as a second language (the majority of whom are bilingual) are documented as in the U.S.

With 52 million plus Spanish speakers, the U.S. has more than Colombia (48 million) and Spain (46 million) and is second only to Mexico (121 million). The report cites the U.S. Census Office as a source to support the claim that the country will have 138 million Spanish speakers by 2050, making it the biggest Spanish-speaking nation on Earth, with Spanish being the mother tongue of almost a third of its citizens.

Other key findings are: