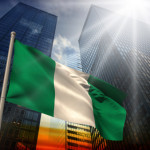 In Lagos, Nigeria more students are learning Chinese as economic ties between the West African country and China strengthen. China’s rapid economic expansion and the growth of a middle class meant a necessary turn to the African content to sustain an unprecedented demand for resources. China surpassed the United States as Africa’s largest trade partner in 2009, with Nigeria as one of the top five Sino-African partners. The demand for Mandarin Chinese has increased worldwide, but has begun to grow greatly in countries with Chinese trade relations, such as Nigeria, and other African nations with large Chinese expat communities. “I know we have schools across Lagos teaching Chinese language and that […] show[s] how the education sector is taking Chinese language serious,” said Jolade Oshodi, a Nigerian university graduate at the Confucius Institute at the University of Lagos in southwest Nigeria.

“I graduated from Lagos State University in 2014 and thought of what next to do, but nothing came to my mind until I started watching Chinese movies and that was when something said to me that I should give it a try,” Oshodi continued. “I will be going to China later this month for another competition called “Chinese Bridge” for two weeks and when I return, I will return to China for a one-year scholarship to study at the Beijing Institute of Technology.” The Chinese language trend has also made waves in Zimbabwe, where Sergeant Chevo, a registrar at the University of Zimbabwe, called Chinese an “evil language used to colonize […] and brainwash,” in an email for an International Business Times report.