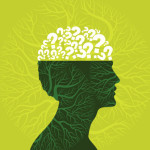 In the well-known left and right brain divide, language has been placed as a logical function of the left. The center of language comprehension was thought to be the Wernicke’s area, named after Carl Wernicke who found in 1874 that stroke victims with damage to the left side of their brains commonly suffered from language impairment. However, it has been found that tonal languages use both sides of the brain due to the need to process different pitches. For tonal languages like Mandarin Chinese there are neural dynamics between the left side of the brain. In a recent study by Northwestern University, the Wernicke’s area was tested further. Regarding the language center of the brain, Marek-Marsel Mesulam, the study’s lead author, said, “There is no center but a network of interconnected areas, each with a slightly different specialization.”

The researchers studied the language abilities of people with primary progressive aphasia (PPA), a disease that impairs language, monitoring them through a series of linguistic tests. The study stated that, “Half of the 10 patients with the most severely impaired sentence comprehension abilities had no significant atrophy in Wernicke’s area whereas some others had intact sentence comprehension despite considerable atrophy in this region.” The results suggest that word comprehension is located not in the Wernicke’s area, but in the left anterior temporal lobe, a location previously ignored in maps of language in the brain.

“What is happening here is no different from the charting of galaxies in outer space,” Mesulam said. “You look through one kind of telescope, you see one picture; you look through another infrared telescope, you get another picture. We are all in this pursuit of how to piece together different perspectives to get a better sense of how the brain works. In this case, we saw a different map of language by comparing two different models of disease, one based on strokes that destroy an entire region of brain, cortex, as well as underlying pathways, and the other on a neurodegenerative disease that attacks mostly brain cells in cortex rather than the region as a whole.”