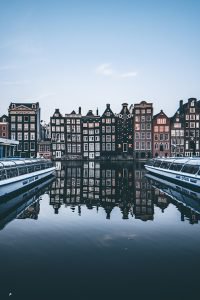 The European Union (EU) is pushing forward with its plans to counter Russian propaganda by boosting support for independent media in “Eastern Neighborhood” countries and increasing awareness of “disinformation activities by external actors,” according to a strategic communications action plan revealed by Radio Free Europe/Radio Liberty.
The main vehicle of the strategy is an EU communications unit called the East StratCom Team, which was launched in April but will be made permanent this fall and will support EU delegations in the six Eastern Neighborhood countries — which include Armenia,
Azerbaijan, and Belarus — as well as in Russia itself.
Several potential responses to Russian propaganda have been discussed among EU member states, including an initiative led by nations such as Denmark and Latvia to create a Russian-language TV channel. The plan does not mention the creation of media outlets in Russian, but it notes that a “number of member states are already increasing their support for broadcasting in the Russian language to cater to national minorities.
In the meantime, the EU will continue its support at the local level for independent media, including Russian-language media, to ensure that citizens have access to alternative sources of information in their local languages.” It also states that “the EU will ensure that communication materials and products are available in local languages, notably in Russian.”
Meanwhile, top executives of more than 500 Russian language media outlets from 63 countries gathered in Moscow for the 17th World Russian Press Congress. Discussions focused on the development of a common Russian-language media space and cooperation of the journalist community for an unbiased coverage of events in Russia and abroad, despite the event, including travel expenses, being funded by the Kremlin.