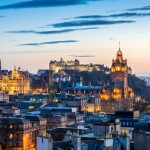 The cultural colonization of Anglo-American media has threatened countless languages, including the Gaelic language of Scotland. Not to be confused with the Irish language, which also descended from the Celtic language of the Gaels, Gaelic is slowly on the decline. Historic Scotland set in motion a Gaelic Language Plan to enhance the status of Gaelic, promote the acquisition and learning of Gaelic, and encourage the increased use of Gaelic. The first piece of legislation to give formal recognition to the Scottish Gaelic language was the Gaelic Language (Scotland) Act of 2005, which aimed to put Gaelic at an equal status with English. Still, Gaelic faces many challenges in Scotland, and some say that the solution may lie outside the country with Scotland’s diaspora.

“Whenever a minority language is used,” Randy Waugh, President of the Gaelic Community of Ottawa, Canada, told Quartz, “The reaction of people is fairly predictable […] Some see the value in its retention and welcome people using their language and culture as a way of expressing who they are and where they derive from. Some don’t want others to speak anything other than what they understand. Some find any time or investment in anything other than the here and now as a waste of time, energy and money – this particularly in a world of austerity and belt-tightening. Some had no idea this is what the language of their forebears sounded like, and are intrigued and become involved to varying extents, from attending events to learning the language themselves as seeing a way of reconnecting with their past.”

“In this age of world heritage sites and buildings,” Waugh said, “I believe that the diaspora and respective governments bear a responsibility in keeping the language alive through projects and events centered around the promotion of music, poetry, stories and reconstructions of the history that host countries were founded on and built upon. The Internet has by far provided the greatest hope in connecting the Gàidhlig world, both in the highlands and throughout the diaspora.”