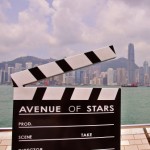 The market potential of China’s rising middle class is bringing big attention to the filmmaking world and the demand for quality Chinese language media. CNN reported that Warner Brothers recently struck a deal with China Media Capital (CMC) to create Flagship Entertainment Group in order to tap into a growing market for premium content in China. Warner Bros. will bring technical expertise, while CMC will give financial backing. China has not readily embraced foreign media in the past, but CMC chairman Ruigang Li said in a statement he wants the partnership to “enhance the cultural exchange between China and the rest of the world.”

Flagship Entertainment Group will be headquartered in Hong Kong with CMC taking a majority stake in the company and Warner Bros. claiming 49% ownership. CEO Kevin Tsujihara said the partnership will help Warner Bros. “gain additional insight into the Chinese film industry.” Movie theaters in China are growing substantially, and ticket sales are expected to top $10 billion annually before 2019. It’s the second-biggest market behind the U.S. “[China’s] country’s incredibly rich history and culture provide a huge trove of great stories, and we want to help tell those stories for new generations of film goers, in China and around the world,” Tsujihara said. The companies said the first Flagship title could be released as early as next year.