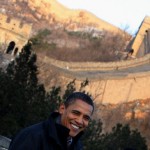 The 100,000 Strong Foundation, a national non-profit created in 2013 to dramatically increase the number and diversity of U.S. students studying in China and learning Mandarin, will lead the 1 Million Strong effort, a sweeping new initiative announced by President Barack Obama to expand to expand the number of U.S. students studying Mandarin by 2020 from 100,000 to 1 million. The increase would be five-fold: currently, approximately 200,000 K-12 students are learning Mandarin in the United States.

In order to achieve this, the initiative aims to develop nationally accepted Mandarin language standards and norms for the K-12 level, double the number of Mandarin language teachers in the United States, and support the development and implementation of technology platforms to ensure accessibility of language teaching to remote and underserved communities around the country. “If our two countries are going to do more together around the world, then speaking each other’s languages so we can understand each other is a good start,” Obama said. 2016 will officially be a year of tourism between China and the U.S. and 50,000 students are set to participate in exchange programs between the two countries in the next three years.