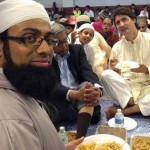 The House of Commons of Canada now speaks English, French, and Punjabi, reflective of the most spoken languages in Canada, after 23 lawmakers of Indian origin were elected to the Parliament in the October 19th general election. 20 of the new Indo-Canadian lawmakers speak Punjabi, which is the 10th most spoken language in the world, and the third most spoken language in Canada. “It speaks to our commitment to diversity and allowing individual to play an important role in our political institutions,” said Navdeep Bains of Liberal Party. “The main issue to understand is that we have a very clear mandate to execute our platform and we also have a responsibility to represent our constituents, which are very diverse,” he added.

“The voice of the Indo-Canadian community will now be very well represented in the parliament. In the overall aspect of it, the South Asian community won,” Deepak Obhrai of Conservative Party was quoted as saying. Native Punjabi speakers make up an estimated 1.3% of the Canadian population and are now represented by 6% of the 338 members of the House of Commons. Prime Minister-designate Justin Trudeau and his chosen cabinet, of which some Punjabi-speaking MPs are predicted to be included, will be sworn in on November 4, 2015.

Photo: Prime Minister-designate Justin Trudeau celebrating his 2013 election win with a Desi dinner while wearing the traditional dress of Muslims.