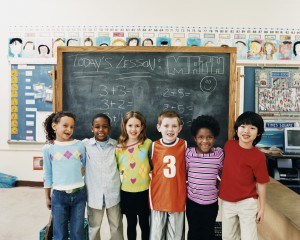 A press release from Berkeley states, “According to the U.S. Department of Heath and Human Services, the average Head Start expenditure per child is about $8,000. The UC Berkeley researchers found that every dollar invested generates $2 in future earnings for children enrolled in the program.” The brief also points out key findings:

Head Start raises children’s cognitive and social development. Earlier studies showing limited benefits to children compared them to a control group made up of children in other preschool programs and children receiving care at home, diluting the positive impacts seen in the Head Start group.
Head Start dramatically increases parents’ involvement with their children while in preschool and after. For example, participation in Head Start increases the time parents spend reading to children by 20 percent, and leads absent fathers to spend one additional day per month with their children.
Taking into account the new estimates of the benefits of Head Start, including better health outcomes, lower criminality, and higher future earnings, a cost-benefit analysis shows that the benefits far exceed its costs.
The Georgetown study showed similarly positive outcomes, finding measurable positive effects for girls, Hispanic students, white students, and students who were eligible for the free and reduced-price lunch program who participated in the CAP program. These students had higher state math test scores and were significantly less likely to repeat a grade or be chronically absent. Unfortunately, the study did not show the same positive results in reading scores, possibly because students’ home environments play a larger part in reading scores than math.
According to New America, the Hamilton Project study discovered that, “compared to siblings who did not attend the program, Head Start participants were more likely to graduate from high school and more likely to have attended college or received a postsecondary degree or certificate. Among Hispanic participants, Head Start participation increased the likelihood of postsecondary credential completion by approximately 15 percentage points. The study also shows that Head Start increases students’ self control and positively contributes to participants’ self-esteem. These gains were especially prominent for black participants.”
All of these findings point to positive effects of the Head Start program, which was initiated in the 1970’s by LBJ in order to give children in poverty a head start on their future and education. While the program has gone through revolutions and changes since its creation 50 years ago, and could be improved in many ways, it continues to improve educational outcomes for students who may have otherwise been overlooked.