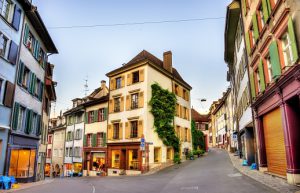 Foreigners moving to Basel are eligible for a free voucher to learn German. Language-learning schools such as Inlingua and ECAP have reported an increase in those learning German through the voucher, still, many immigrants are yet to take advantage of the incentive program. The voucher system is set for new immigrants with a B residency permit which are resident foreign nationals from the EU/EFTA. These immigrants are valid for five years, and can attend up to 80 free German lessons during their first year in the canton. While the program has been around since August of 2015, schools in the canton are now seeing an increase in usage.

ECAP Basel told swissinfo.ch that 89 voucher students have taken the intensive German beginners course since last August. They noted that voucher students were mostly women and well-educated students who have come to Basel with their families or are looking for a job.

Migrants make up 35% of the population of Basel, making it the canton with the second highest percentage of migrants after Geneva. Basel officials encourage immigrants, and the voucher system is an example of how they are facilitating immigration. “The canton wanted to create an incentive for people arriving in Switzerland to learn the language and through learning the language to find an easier way to integrate into our society,” said Ulrich Maier, head of secondary education and training at Basel City.

So far, 1,032 people from 101 nations have participated in the voucher course, while 4,480 vouchers have been issued meaning that turnout is relatively low.