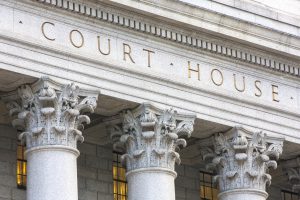 The U.S. Department of Education has withdrawn recognition of the Accrediting Council for Independent Colleges and Schools (ACICS) as a nationally-recognized accreditation agency. This decision will affect nearly 16,000 international students studying English language and other subjects.
ACICS previously accredited around 250 institutions in the U.S., among them 130 ESL and higher education institutes that recruit international students. Problems arose with institutions such as the now-defunct Northwestern Polytechnic University in California, which was accredited by the ACICS, that was exposed as a visa mil last year. NPU was found to be inflating students’ grades in order to ensure that they didn’t fail and lose their visas. ACICS was informed of these practices by a whistle-blower, yet continued to accredit the institution.
The Secretary of Education said during the ruling that the actions of the ACICS was “out of compliance with numerous agency criteria.”
“Because of the nature and scope of ACICS’s pervasive noncompliance, I further conclude that ACICS is not capable of coming into compliance within 12 months or less, even if I renewed its recognition for an additional 12 months,” Secretary John King Jr. said.
The department of education has advised students in ESL programs that are accredited by the ACICS to transfer to institutions that are certified by the Student and Exchange Visitor Program (SEVP). ESL students that are currently in programs that are ACICS accredited will still be able to continue their coursework.
However, ESL programs that are accredited by the ACICS alone will be prohibited from issuing new certificates of eligibility for incoming international students that allow students to receive visas. Students at institutions that are accredited by the ACICS alone will also be unable to claim federal aid after the 18 month grace period.
The ACIS has requested an appeal to regain their accreditation to no avail. The court did grant ACICS’s motion for a preliminary injunction hearing on February 1, in which the court will review ACICS’s claim that the department of education’s decision was flawed and potentially unlawful.
The accrediting body appears ready to fight the department, releasing a statement that says, “We certainly appreciate that this is a very uncertain time for ACICS accredited institutions and we will do our best to keep you updated on the legal developments as they unfold. Throughout this process, our goal is unchanged: to ensure ACICS retains its recognition and, furthermore, to renew and recover our historical role as a highly-regarded accrediting agency.”