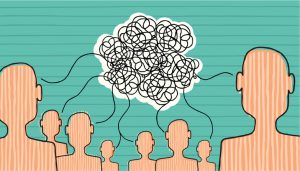 A new study in Bilingualism: Language and Cognition shows an advantage in bilingual children when determining voices of who is talking (talker-voice information).

Countless studies have proven that there are many benefits, in both cognitive and social tasks, so the new findings on recognition of voices by Dr. Susannah Levi add to the growing pile of research in support of bilingualism.

Levi selected 41 children (22 monolinguals and 19 bilinguals) who were then separated into two groups by age. All of the students in both the younger and older groups were attending schools in New York City with English as the primary language of instruction. All students were tested on their abilities to distinguish vocal recognition in English and German (an unfamiliar language). The researchers told the children that they would be listening to either English or an unidentified language other than English. They then played pairs of words separated by a few moments of pause, and then asked the children whether the speakers were the same person or different people.

The children were also tested on talker-voice learning in English. First they completed five days of talker-voice training in which they learned to identify the voices of three talkers that were identified on a computer screen by cartoon characters. The children were then played a voice and instructed to decide which character’s voice was played.

“Improved talker-voice processing by the bilingual children suggests that a bilingual advantage exists in a social aspect of speech perception,” Levi says, “where the focus is not on processing the linguistic information in the signal, but instead on processing information about who is talking.”

Why Do Bilinguals Perform Better?

One reason for this finding is that previous research has demonstrated that listeners perform worse when processing voices that have foreign and dialectal accents across the board. However, these findings indicated that those with nonstandard, or a less-spoken dialectal accent were better at understanding those with a standard accent since they are more likely to be exposed to those with a standard dialectal accent. This indicates that bilingual speakers in this study may outperform monolinguals because they have more experience with foreign accented speech.

“Taken together, Levi says, “the current study shows that bilingual children – here defined loosely as those children who speak, read, or understand another language or who have a family member who speaks another language living in the household – have a perceptual advantage when processing information about a talker’s voice. They are faster to learn the voices of unfamiliar talkers and also perform better overall. They are even better in an unfamiliar language, suggesting that the benefits found for the English stimuli are not attributable only to experience listening to foreign-accented speech.”