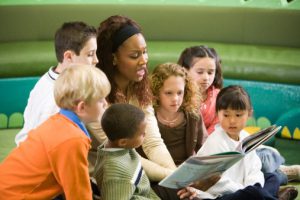 The work of the last 40 years is the result of a war between two very different views about how we acquire language and develop literacy.

The comprehension hypothesis says that we acquire language when we understand what we hear or read. Our mastery of the individual components of language (“skills“) is the result of getting comprehensible input.

Its rival, the skill-building hypothesis, says that the causality goes in the other direction: we learn language by first learning grammar rules and memorizing vocabulary, we make these rules and new words “automatic” by producing them in speech or writing, and we fine tune our (conscious) knowledge of grammar and vocabulary by having our errors corrected.

In this paper, I briefly present some of the data that support the comprehension hypothesis as well as research that demonstrates the limits of skill building in the area of second-language acquisition.

Evidence for the Comprehension Hypothesis

Comparison of Comprehension-Based Methods and Traditional Methods
When comprehensible-input-based methods are compared to methods that demand the conscious learning of grammar, comprehensible-input methods have never lost.
Krashen (2014a) includes studies of beginning and intermediate language teaching, the latter including content-based (sheltered) instruction and classes that include time set aside for self-selected reading.

Several reviews have confirmed the effectiveness of sheltered subject-matter teaching (Krashen, 1991; Dupuy, 2000) as well as in-class self-selected reading on tests of vocabulary development and reading comprehension (Jeon and Day, 2014; Nakanishi, 2014). Mason (benikomason.net) includes a number of studies showing that CI-based methods, such as hearing interesting stories (story listening) and pleasure reading, are more efficient than “study”—that is, more language is acquired per unit time.

Correlational studies are valuable but interpretation is not always clear: if A is correlated with B, we do not know if A caused B, B caused A, or some other predictor caused both of them. Multivariate studies help deal with the third situation: with multiple regression, a researcher can determine the impact of one variable while holding the effect of other variables constant. It allows us to assume that the predictors are not correlated with each other.

A number of multiple regression studies show that pleasure reading in the L2 is a more consistent predictor of L2 proficiency than skill building.

This was the case for the acquisition of the subjunctive among adult acquirers of Spanish (Stokes, Krashen, and Kartchner, 1998) and for students of English as a foreign language for grades in composition classes (Lee and Krashen, 2002) and writing (Lee, 2005). The amount of pleasure reading done in English was a better predictor of performance on standardized tests of English than predictors related to skill building (Gradman and Hanania, 1991) or was just as strong (Constantino, Lee, Cho, and Krashen, 1997).

Case histories are a valid source of research data if we examine a large number of them, see what is common to cases of success and failure, and determine whether the commonalities are consistent with current hypotheses about language acquisition.
I examined a number of case histories (Krashen, 2014b), including a famous polyglot (Kató Lomb), a superstudent of grammar whose failure to progress in German changed the course of language education (François Gouin), a famous archeologist (Heinrich Schliemann), a former president of Singapore (Lee Kuan Yew) and his efforts to acquire Mandarin, and Armando, an immigrant to the U.S. from Mexico, who acquired an impressive amount of Hebrew in addition to English from working in a restaurant owned by Israelis. I concluded that comprehensible input was the common factor in all of the successful cases.

In a series of case histories, Beniko Mason documented the progress of adult acquirers of EFL who did self-selected reading in English for different durations, from a few months to three years. Krashen and Mason (2015) concluded that Mason’s subjects gained an average of a little more than a half-point on the TOEIC test for each hour of reading they did.

In another series of case histories, Kyung-Sook Cho documented progress made as a result of reading novels from the Sweet Valley High series by adult ESL acquirers living in the U.S. (e.g., Cho and Krashen, 1994).

The major rival to the comprehension hypothesis is the skill-building hypothesis, which depends on conscious learning, output practice, and correction.

In Krashen (1981), I hypothesized that the conscious learning and application of rules of grammar is subject to strict conditions: the learner has to know the rule, a daunting challenge in light of the complexity and number of grammatical rules, has to be thinking about correctness, and has to have time to retrieve and apply the rules. In studies claiming a positive effect for grammar study where these conditions are met, the results reported have been very modest and fragile (Krashen, 2003).

There are several versions of the hypothesis that we acquire language by producing it. All suffer from the finding that both spoken and written output are too infrequent for output to be a major source of language development (Krashen, 1994).

Comprehensible output—that is, output adjustments that are in response to the conversational partner’s lack of comprehension—is also not frequent enough to make a substantial contribution to competence (Krashen, 2005). In addition, there is as yet no evidence that adding output to effective self-selected reading programs in the form of writing results in greater language acquisition (Mason, 2004; Smith, 2006).

A clear indication that a hypothesis is of value is when it successfully explains phenomena in areas it was not originally intended to cover. The comprehension hypothesis has been useful in areas outside of second-language acquisition, such as bilingual education (McField and McField, 2014), first-language literacy development (e.g., Krashen, 2004), and animal language (Krashen, 2013).

This article is based on a presentation delievered at IFLT (International Foreign Language Teaching Conference), Denver, July 2017.

Many of the self-citations included here, as well as others, are available for free download at www.sdkrashen.com.