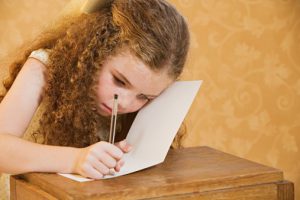 Scott B. Freiberger faces the challenge of helping English learners get the right register

As a TESOL professional with 17+ years of language and literacy teaching, curriculum development, and school leadership experience, I sometimes encounter colleagues who comment, “I don’t get it. He’s so talkative with classmates and seems fluent in English. Why is he bombing my tests?”

The literature indicates that although a student may be versed in the art of colloquial communication, the same student may not be familiar with the vernacular distinct to classroom instruction, higher-level language that must be readily deciphered and utilized for academic success (Breiseth, 2014; Hill and Miller, 2013).

Academic language is defined as “the language of school [as] it is used in textbooks, essays, assignments, class presentations, and assessments. Academic language is used at all grade levels, although its frequency increases as students get older” (Breiseth, 2014). Academic language has also been “characterized by longer, more complex sentences that contain vocabulary less frequently heard than the vocabulary in everyday spoken English” (Hill and Miller, 2013).

According to an apposite article in TESOL Quarterly, “Vocabulary knowledge is the single best predictor of second-language learners’ academic achievement across subject matter domains” (Saville-Troike, 1984). Based on what we have learned in the three decades since Saville-Troike conducted her relevant research, along with infusing rich vocabulary into the curriculum, we can now also include appropriate exposure to the grammar, syntax, and general thinking and speech patterns of a particular field to help foster academic language development and ensure classroom success.

Perhaps the most authoritative material on the subject was penned by noted scholar Dr. Jim Cummins, a researcher affiliated with the University of Toronto. In his seminal article entitled “The Cross-Lingual Dimensions of Language Proficiency: Implications for Bilingual Education and the Optimal Age Issue,” Dr. Cummins distinguishes between basic interpersonal communication skills (BICS), or social English, and cognitive academic language proficiency (CALP), or academic English. In the same article, he clarifies that “Cognitive/academic proficiencies in both L1 and L2 are manifestations of the same underlying dimension” (Cummins, 1980), meaning students who are quick to academic language improvement in their native tongue (L1) may demonstrate similar development patterns regarding cognitive/academic proficiency in the second or target language (L2).

BICS, also called social English or conversational language, is “the informal, chatty way of talking that students use with family and friends” (Hill and Miller, 2013). What confounds educators is when their students demonstrate mastery of BICS but fail to attain proficiency in CALP, or academic language.

This is because, according to Dr. Cummins and “corroborated in many research studies carried out during the past 30 years,” it takes most English language learners (ELLs) five to seven years “to approach grade norms in academic aspects of English (e.g., vocabulary knowledge)” (Cummins, 2008).

This is not to say that ELLs cannot progress faster than the literature indicates; however, it does provide a common-sense rationale as to why many ELLs may not be on grade-level norms with their native-English-speaking peers after only a few years. Thus, if ELLs are struggling with academic language, they may also be, ipso facto, struggling in their core content classes. As we now understand the concept, CALP is primarily utilized at school and includes professional dialogue, complex conversations, and academic text specked with key vocabulary terms.

What ELLs Need to Succeed

In every academic discipline, such as science, math, and social studies, classroom language may differ according to subject. Many educators strive to motivate their students to think like mathematicians or scientists and use metacognitive strategies for students to conceive of the thought process utilized in those fields; however, in order for students to succeed academically, they must also be introduced to and become familiar with the classroom language specific to those subjects. Educators must delve deeper than presenting an intermittent smattering of vocabulary cards; according to one recent publication, “Students should be led to recognize that [relevant academic] speech involves longer, more complex sentences and uses higher-level vocabulary than is common in everyday speech” (Hill and Miller, 2013).

As the classroom facilitator, be prepared to enable your students to not only think but also sound like scholars. During an initial lesson, for instance, consider instructing students to listen carefully to the difference between colloquial, American-slang-infused speech, such as, “I’m hanging (or hanging out) with my friends from work,” compared with the more erudite, “I’m socializing with some colleagues.”

“Students may better fathom the specific academic language used in a subject if you show them what that language looks and sounds like.”

A simple graphic organizer may help.

Consider trying this: Use a two-column graphic organizer with the heading “Classroom Language.” In the first column, entitled “Social English,” include the terms, “I like,” “I think,” “I pick,” “But,” and “I help.” Label the opposite column “Academic English,” under which you can write, “I prefer,” “I conclude,” “I select,” “Upon further reflection,” and “I assist” (NYC DOE, 2016). The goal is for educators to entice students to use more words from the “Academic English” column than the “Social English” column.

Students may better fathom the specific academic language used in a subject if you show them what that language looks and sounds like. For instance, under the subject heading “Language Arts,” in the “Social English” column write, “I like this book,” while on the opposite column entitled “Academic English” write, “This story is more enticing than the first one we read together” (Breiseth, 2014). Under “Science,” the “Social English” column could read, “It worked,” while the “Academic English” column could say, “The experiment was a tremendous success” (Breiseth, 2014).

“Social Studies” could read, “They were brave” under “Social English” and “The valiant soldiers received the medals due to their unyielding courage” to illustrate “Academic English” (Breiseth, 2014). Show students the stark contrast in language employed in business communications compared with everyday personal usage. Get them thinking about academic language with professional reviews of their favorite books compared with an enthused fan’s positive review on social media or the author’s terse description on the book jacket (Breiseth, 2014).

Social English utilized on social media is another vernacular in and of itself, combining slang, acronyms, and sometimes arcane abbreviations that even college professors may have difficulty deciphering. To further enhance a lesson and engage students, consider including social media text dialogue on one side (“LOL”) with its academic equivalent, “That utterance was quite amusing,” or pair “LMAO” with “That witty comment, simultaneously chock-full of irony and pleasantly provocative, was uproariously humorous.” Or you may simply pen, “That was quite humorous.”

Academic words could also be selected according to tier level, meaning general, cross-disciplinary words that could apply across subjects (Tier Two) compared with disciplinary words specific to a field or subject (Tier Three). According to Beck, McKeown, and Kucan (2002), Tier One words “tend to be limited to specific domains (e.g., enzyme) or [are] so rare that an avid reader would likely not encounter them in a lifetime (e.g., abecedarian). Tier Two comprises wide-ranging words of high utility for literate language users” (p. 20).

In addition to American idioms and singular American slang, ELLs also face particular challenges when they encounter words that are polysemous, unfamiliar, or normalized (Fisher, Frey, and Lapp, 2012). Consider making a graphic organizer with three columns. Title the first column “Polysemous,” the second “Unfamiliar,” and the third “Normalized.”

Then, work through a passage with students to help bring out their academic language. Show words that are polysemous (have more than one meaning), unfamiliar, or arcane verbiage, and normalized speech, such as verbs or adjectives that may become nouns, such as talk, run, or stand (NYC DOE, 2016). Be sure to use academic vocabulary repeatedly in context. “Word learning must be active [and replete with repetition], not a passive dictionary definition learning” (Stahl and Jacobson, 1986).

Educators today must have a keen understanding of academic language and its distinct features (NYC DOE, 2016). School leaders should therefore take careful steps to ensure that educators develop an acute awareness of how standards-based instruction and tiered questioning techniques enhance academic language for their ELLs. Educators, in turn, should fathom how to carefully select academic vocabulary words to teach across subject domains. Not only does a solid foundation in academic language increase English-language communication and academic comprehension, but it also helps students to improve vocabulary knowledge, communicative competence, and verbal expression. This, in turn, should translate to multiple data sources that measure stronger academic growth levels across grades, more self-assured educators and assenting, amicable administrators, and sensational students coupled with motivated key constituents who take pride in all student accomplishments.

Continue to clarify meaning and provide authentic additional visual and verbal supports. Enabling access to academic language, the language associated with power and prestige, can help ensure that all students succeed not only in the classroom but also in college and career readiness.