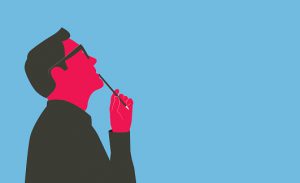 ” Metacognition ” is often simply defined as “thinking about thinking.”

According to Merriam-Webster, Metacognition is ” awareness or analysis of one’s own learning or thinking processes.

For example: research on metacognition … has demonstrated the value of monitoring one’s own cognitive processes — Colette A. Daiute

According to Nancy Chick, CFT Assistant Director At Vanderbilt University, “”Metacognitive practices increase students’ abilities to transfer or adapt their learning to new contexts and tasks (Bransford, Brown, & Cocking, p. 12; Palincsar & Brown, 1984; Scardamalia et al., 1984; Schoenfeld, 1983, 1985, 1991).  They do this by gaining a level of awareness above the subject matter: they also think about the tasks and contexts of different learning situations and themselves as learners in these different contexts.  When Pintrich (2002) asserts that “Students who know about the different kinds of strategies for learning, thinking, and problem solving will be more likely to use them” (p. 222), notice the students must “know about” these strategies, not just practice them.  As Zohar and David (2009) explain, there must be a “conscious meta-strategic level of H[igher] O[rder] T[hinking]” (p. 179).”


21361 B. Pacific Coast Hwy Malibu, CA 90265
Telephone: (310) 455-7193
©2021 Language Magazine All Rights Reserved
Contact us: [email protected]emagazine.com
FOLLOW US
Language Magazine
We use cookies on our website to give you the most relevant experience by remembering your preferences and repeat visits. By clicking “Accept”, you consent to the use of ALL the cookies.
Do not sell my personal information.
Cookie SettingsAccept
Manage consent