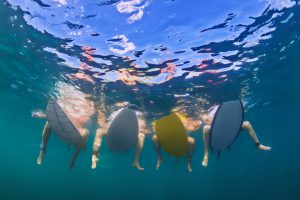 Revitalization efforts for the Hawaiian language are now being used as a model for success for other indigenous language programs. Advocates of endangered languages visited the University of Hawaii at Manoa this month for the fifth annual International Conference on Language Documentation and Conservation. A large portion of that conference was the field study He ‘Ōlelo Ola Hilo. The study is hosted each year at UH Hilo in order for international language specialists to learn about the current revitalization efforts in Hawaii for students from preschool to college levels.

This year’s conference had record attendance, according to the college. Most of the attendees were either native themselves or work with endangered languages and came from Australia, Japan, Singapore, New Zealand, Canada, and various U.S. states.

Attendees visit nearby immersion schools ‘Aha Pūnana Leo and Ke Kula ‘o Nāwahīokalani’ōpu’u and the UH Hilo Ka Haka ‘Ula O Ke’elikōlani College of Hawaiian Language. Hawaii first began incorporating complete immersion programs into its curriculum in 1985. “Our K–20 program is in our language, but it’s not only about the language itself—it’s about education through our language,” says Larry Kimura, associate professor of Hawaiian language and Hawaiian studies at the University of Hawaii at Hilo, in UH Hilo Stories.

“Linguists have determined that it takes at least three generations to reestablish a language and bring it back to life,” Kimura explains. In order to keep the language alive, he says, it must be included in the home, not only in the school.

In 1896, the state abolished using the Hawaiian language as a medium of education. Almost a century later, in 1986, Pūnana Leo families protested and were successful at getting Hawaiian back into schools.

Now, the hope is that indigenous communities can take what worked in Hawaii and bring the methods of success to their own schools and governments to revitalize indigenous languages across the globe.