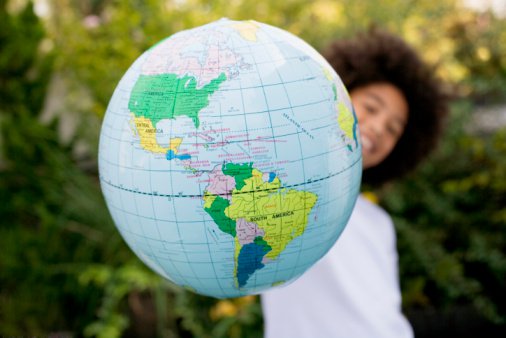 With the help of a three-year grant from the U.S. Department of Education and the National Endowment for the Humanities, an eleven-member task force, representing a variety of languages, levels of instruction, program models, and geographic regions, undertook the task of defining content standards—what students should know and be able to do—in language learning.

The final document, Standards for Foreign Language Learning: Preparing for the 21st Century, first published in 1996, represents an unprecedented consensus among educators, business leaders, government, and the community on the definition and role of language instruction in American education.

This visionary document has been used by teachers, administrators, and curriculum developers at both state and local levels to begin to improve language education in the nation’s schools.

The National Standards for Learning Languages have been revised based on what language educators have learned from more than 15 years of implementing the standards. The guiding principle was to clarify what language learners would do to demonstrate progress on each standard.

The World-Readiness Standards for Learning Languages create a roadmap to guide learners to develop competence to communicate effectively and interact with cultural understanding.

“World-readiness” signals that the standards have been revised with important changes to focus on the literacy developed and the real-world applications. Learners who add another language and culture to their preparation are not only college and career ready but are also “world ready”—that is, prepared to add the necessary knowledge, skills, and dispositions to their résumés for entering postsecondary study or a career.

The National Standards for Learning Languages have been revised based on what language educators have learned from more than 15 years of implementing the standards. The guiding principle was to clarify what language learners would do to demonstrate progress on each standard.

These revised standards include language to reflect the current educational landscape, including:

These standards are equally applicable to:

The 2011 report “A Decade of Foreign Language Standards: Impact, Influence, and Future Directions” provided evidence of and support for the following concepts, which influenced these revisions:

The National Standards are influencing language learning from elementary through secondary to postsecondary levels.

The integrated nature of the five “C” goal areas has been accepted by the profession.

Educators asked for more description of what language learners should know and be able to do in the goal areas of connections and communities.

Over 40 states have used the five “C” goal areas to create state standards for learning languages (identifiable even if configured in slightly different ways).

Some state documents are beginning to describe cultural outcomes in terms of processes of observation and experience.

Many local curricula are also aligned with the five “C” goal areas and the details of the eleven standards.

Based on this consensus from all levels of language educators, the five goal areas and the eleven standards have been maintained. The World-Readiness Standards for Learning Languages clarify and better illustrate each goal area and standard in order to guide implementation and influence assessment, curriculum, and instruction.

Responses to the online feedback survey gave overwhelming support to the proposed revisions:

In response to additional suggestions from the feedback and comments received, specific descriptions of performance at each level (novice, intermediate, advanced, and superior), sample indicators of progress, and sample learning scenarios will be the next areas addressed in this revision process.