Indian president Ram Nath Kovind has asked Hindi speakers to give more respect and time to regional languages and their speakers in an attempt to head off anti-Hindi sentiment across the country.

During the Hindi Divas event in New Delhi, the president noted that Hindi continues to face opposition in some parts of the country where its dominance is seen as a threat to regional languages.

India’s home minister (secretary of state) Rajnath Singh suggested that Hindi could be enriched if its speakers incorporated words from other languages. Referring to recent incidents on the Bangalore subway, where protestors opposed Hindi signs, and earlier demonstrations against Hindi in the state of Tamil Nadu, President Kovind said there was a feeling among some people that Hindi was being imposed on them.

“Non-Hindi-speaking people desire that we [H 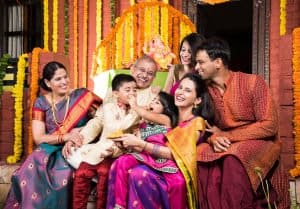 Kovind suggested that those who speak Hindi should greet minorities with words in the minority language, for example, Tamils with “yanakkam,” Sikhs with “sat sri akal,” and Muslims with the Arabic “adaab.” The adoption of other languages and cultures will help unite the people and the country, he said.

The president added that he had used some Russian words in a speech during the recent visit of the Belarusian president, who had spontaneously responded with the Hindi “jai hind.” Belarus’s president had also announced that Hindi would start to be taught in his country’s state university.

Singh claimed that Hindi was a unifying language for the country and had helped bring people of different regions together during India’s freedom struggle. “We [Hindi-speaking people] should accept and use popular words of regional languages. If we do that, it will enrich the language,” he said.

During his address, union minister of state for home Kiren Rijiju said that even though Hindi was not his mother tongue, he felt pride speaking the language. “In my native state [Arunachal Pradesh], Hindi is widely spoken and used by common people from all walks of life,” he said.

All the speakers spoke in Hindi at the function. Hindi is the mother tongue of the president and the union home minister.