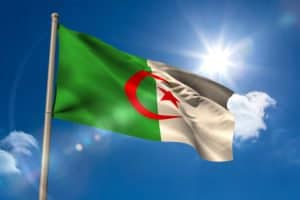 Protestors in northern Algeria are calling on the government to fund promotion and preservation of Tamazight, their indigenous language.

The protests come after the Algerian government rejected an amendment to next year’s budget that would have formalized the teaching of the Tamazight language in local schools.

Students and other activists have rallied against the decision, which they say highlights the country’s wider rejection of the language and identity of its Berber citizens, also known as the Amazigh.

Lemnouar Hamamouche, a sociology student at the Abderrahmane Mira University of Bejaia, in Algeria’s northern region of Kabylie, told the Al Jazeera news network, “A social upheaval is coming,” claiming that President Abdelaziz Bouteflika’s government has not allocated any funds to boost the language at the national level.

“The popular masses are starting to protest” because they “reject the fact that [the state] is marginalizing a mother tongue” like Tamazight, said Hamamouche, a member of the local coordination committee for students at Bejaia.

Dozens of protesters blocked a road in Bouïra Province, and protesters clashed with security forces at rallies.

Algeria’s Kabylie region is at the heart of the struggle for Amazigh rights.

Hsain Ilahiane is an anthropology professor at the University of Kentucky, originally from Morocco, and the author of the Historical Dictionary of the Berbers (Imazighen).

Without reliable figures, Ilahiane estimates that between 15 and 50 million people speak dialects of Tamazight across countries in North Africa, sub-Saharan Africa, and the Mediterranean.

“When one speaks about Tamazight or language in North Africa, whether it’s in Algeria or Libya or Morocco, you’re really speaking about politics of identity,” he said.

He said the struggle to recognize the Tamazight language has “been a long time coming.”

According to Ilahiane, in the late 1950s, as Algeria was fighting for an end to French colonial rule, a split occurred between Algerians who wanted a pluralistic society that would incorporate all ethnic groups and Algerians who wanted to anchor the state in the Arab and Islamic world.

Similar situations developed in other North African countries too. In 2011, Morocco recognized Tamazight as an official language.

“Tamazight has been discriminated against since the independence days of Algeria, Morocco, Tunisia, Libya, and so on,” Ilahiane said.

In earlier versions of the Algerian constitution, the first of which was passed in 1963 after Algeria gained independence from France, Arabic was named the country’s sole “national” and “official” language.

An amendment to the constitution made Tamazight a second “national” language in 2002, and the state pledged to “work to promote and develop [the language] in all its linguistic varieties.”

A revised constitution, which entered into force last year, went even further, naming Tamazight as the state’s second “official” language.

It also created the Algerian Academy for the Amazigh (Berber) Language, which is responsible for promoting Tamazight “in view of cementing, in the future, its official language status.”

A similar process occurred in Morocco, which recognized Tamazight as an official state language in 2011.

But according to Ilahiane, designating Tamazight an official language does not mean much if the state does not invest in its use in state institutions. ”We have Tamazight in the constitution, but the central question then becomes, what do you do with Tamazight once it’s officialized?

“How do you implement that? How do you generalize, instate, propagate the use of Tamazight in state official business, from education, health, in media, in [the] legal system?” he said.

“It’s great to say that it’s official. We are all happy, we clap… But you need a budget; you need funding.”

That is what the protesters are calling for. Their push for Tamazight language rights has spread to Algerian diaspora communities as well.

A group called Les Kabyles de Paris (The Kabyles of Paris) organized a protest in the French capital to show solidarity with protesters in the Algerian region of the same name.

Organizers hope the rally “will be a strong signal [of solidarity] to our brothers and sisters [in] Kabylie that continue to fight every day for our identity,” they wrote on the event’s Facebook page.

“Coming together for Tamazight is also to come together for democracy, liberty, equality, brotherhood, solidarity, [and] secularism.”