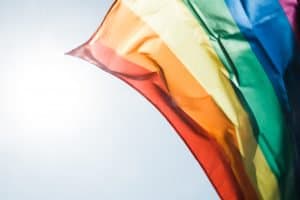 GLAAD, the pressure group for acceptance of the LGBTQ community, has released its second annual Spanish-language media report, Still Invisible/Todavía invisibles (https://www.glaad.org/stillinvisible-todaviainvisible). The bilingual report analyzes the LGBTQ characters in primetime scripted television airing in the U.S. between July 1, 2016, and June 30, 2017, and finds that only 3% (19) of the 698 characters seen in primetime (7:00 p.m. to 11:00 p.m.) were LGBTQ. Of these characters, 30% died and six did not have motivations of their own and only served to further other characters’ storylines.

“As the Trump administration continues its attack on marginalized groups, it’s more important than ever that television share the stories of those groups onscreen,” said Sarah Kate Ellis, GLAAD president and CEO. “Still Invisible shows a severe lack of LGBTQ representation in Spanish-language programming—something sorely needed in a time when the country’s Spanish-speaking and immigrant populations are more at risk than ever.”

Still Invisible also found a severe lack of diversity among the LGBTQ characters. Of the 19, 13 were gay men, three were lesbians, two were bisexual women, and one was a transgender woman. No series offered any trans or bisexual men.

To accompany the report, GLAAD also launched the #PantallaInclusiva/#InclusiveScreens campaign, which calls for more inclusive, nonstereotypical representation across multiple identities on all media, especially Spanish-language media. The campaign also includes artwork from ten Latinx LGBTQ artists to illustrate messages related to the report and other elements to spark a call for and conversation about the need for more inclusive representation.

“Like a lot of Latinx people, I love Spanish-language media. I love the voices, the points of view, the way it makes me feel connected to my native Uruguay,” noted GLAAD’s director of Spanish and Latinx media representation, Monica Trasandes. “But, like a lot of Latinx people, I’m tired of being invisible. I want to sit down like I did as a kid and watch TV with my family and not roll my eyes or walk away annoyed at seeing yet another stereotypical portrayal.”

Still Invisible comes on the heels of GLAAD’s English-language television report Where We Are on TV (https://www.glaad.org/whereweareontv17), which found that despite an increase in the number of LGBTQ characters, nuanced and complex stories were still lacking.