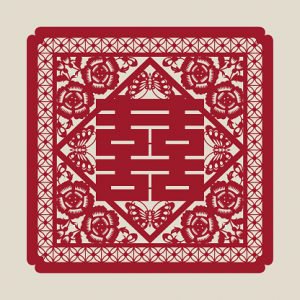 While many schools are dropping foreign language classes, the number of schools offering Mandarin Chinese courses is rising. In 2001, about 300 schools in the U.S. taught Chinese. In 2011, a con-servative estimate reported the number at 1600, a 433% increase. Schools that cannot afford Mandarin classes may be eligible to receive sponsorship from the Confucius Classroom program. China’s place as a global superpower is not only a household conversation but an educational one, too.

I take Mandarin in school. I also tutor Mandarin to a really bright, curious fifth grader. It’s a pleasure to work with her — she’s got, as Mark Edmundson, a professor at the University of Virginia and a New York Times Op-ed contributor has astutely termed, “a hungry heart” for learning. She comes to me for character memorization and reten-tion. My last tutee came to me for the same reasons. I too struggle through these points of mastery. In an astonishingly logical language like Chinese, vocabulary memorization and retention, not grammar, are the keys to being able to express and converse.

They are what daunt people considering taking Mandarin. They are what make people raise their eyebrows when I say I take Mandarin. And they are what make otherwise “hungry hearts” all too often give up mastering Mandarin. Currently, at the high school and undergraduate level, Chinese instruction is often such that only very visual students can retain char-acters learned. Although adequate attention is usually given to culture (including conversation or oral practice), little attention is devoted to the way students study characters, and the relationship between characters and culture.

Is there a reason the two can’t be linked to make character learning sustainable for everyone? When I tutor or study, characters are stories. I’ll explain: the char-acter  (pinyin: mào) meaning “hat” has a complete picture. On the left part of the character, I see a person. He’s standing in front of his drawer, looking into a mirror (the two dashes are glints of sunlight reflecting off the mirror). He’s looking at himself and he realizes some-thing is missing – his hat. I’ll admit: it’s complicated, and a bit silly.

My point is that most stu-dents cannot retrieve a character’s meaning in an exclusively visual way — that is to say, characters cannot simply be recalled as if stu-dents are asked to draw a car or a dog. Understanding has to be linked to recall. Character memorization should not occur in isolation, within the confines of a student’s room. Chinese educators need to take the time to teach a character’s histo-ry and make students aware of the cultural or historical elements that make a character memorable.

In doing a little research, I find that the character for peace, for instance, is represented by a woman underneath a roof, because, in contrast, during war a woman is outside, tending to the field while men are away.

If we make character memorization more interactive and cultural, supported by teachers with accurate insight into a char-acter’s history, we create Chinese learners that retain more and are better able to make educated guesses on characters they don’t know. Characters won’t be seen as a cumbersome element of the language – rather, they will be seen as keys to unlocking culture and valuable insights, and tools for overcoming ethnic and cultural misun-derstandings. With the number of American schools offering Chinese hitting a critical mass, the time to tailor Chinese instruction to the needs of non-visual learners is precisely now.