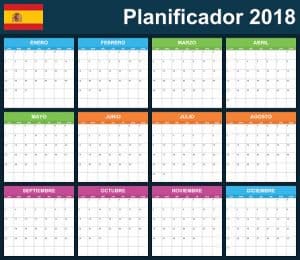 According to a poll recently released by the British Council, one out of every five UK adults (about 13 million people) said they plan to learn another language as a New Year’s resolution, while one in three (over 20 million Brits) intends to try and learn at least some phrases in another language in the year ahead.

For those respondents eager to take the linguistic leap in 2018, Spanish – which recent research by the British Council (https://www.britishcouncil.org/organisation/policy-insight-research/languages-future-2017) has highlighted as the most vital language to the UK post-Brexit – was the most popular choice among potential learners. It was followed by French, Italian, German, and Japanese.

Nearly two-thirds (64%) of the two thousand people surveyed said they’ve always wanted to speak another language fluently, and 56% stated that they regret never having made the effort to do so.

Despite more than half (58%) of respondents thinking it’s more important than ever for people in the UK to learn another language, only a third said they can currently hold a basic conversation in one. Almost half (45%) admitted to being embarrassed by the level of their language skills.

Commenting on the results, Vicky Gough, schools adviser at the British Council, said: “It’s fantastic that many of us hope to brush up on our language skills in 2018. In particular, the languages we are most keen to learn are some of the languages the UK needs most.

“But the country is still facing a languages deficit. If we are to remain globally competitive post-Brexit, we need more people who can speak languages. Learning other languages not only gives you an understanding of other cultures but is good for business, for life and for wellbeing too. The New Year is the perfect time to get started.”

The British Council’s call comes as the uptake of languages in schools faces a challenging time. Official figures from Britain’s Joint Council for Qualifications highlight a 7.3% drop in the number of pupils in England, Wales, and Northern Ireland taking public school language exams in the past year. Scottish Qualification Authority figures indicate that the situation is similar in Scotland with significant drops in French and German uptake in the past year.

The UK’s current lack of language skills is said to be holding back the country’s international trade performance at a cost of almost £50 billion a year.

The new poll, carried out by Populus was commissioned by the British Council, the UK’s international organization for cultural relations and educational opportunities. The survey is part of its work to build relationships for the UK around the world through language, culture, and education.