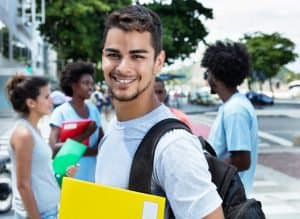 According to a National Bureau of Economic Research working paper, the Deferred Action for Childhood Arrivals (DACA) program has had a “significant impact” on the educational outcomes of undocumented immigrant youth, including a 15% increase in high school graduation rates, an extra 49,000 Hispanics obtaining a high school diploma, a 45% drop in teenage motherhood, and a 25% increase in college enrollment among Hispanic women.

Researchers from Dartmouth University, Southern Methodist University, and Rensselaer Polytechnic Institute found that DACA had a signiﬁcant impact on adolescents’ schooling, work, and fertility decisions. Their preferred estimates analyzing Hispanics show that DACA led to a 3.3 percentage point (p.p.) increase in the school attendance of 14 to 18-year olds and an 11.4p.p. increase in the high school completion of 19-year olds, relative to a mean of 75%. The results imply that more than 49,000 additional Hispanic youth obtained a high school diploma because of DACA. This large response coupled with the fact that the eﬀects are signiﬁcantly larger for males, who have an elevated risk of deportation, suggests that teenagers value the beneﬁts of DACA and remain in school to attain eligibility.

The paper implemented a difference-in-differences design by comparing DACA eligible to non-eligible individuals over time to find that DACA had a significant impact on the investment decisions of undocumented youth, suggesting that DACA raised aspirations for education above and beyond qualifying for legal status. It even found that the same individuals who acquire more schooling also work more (at the same time), counter to the typical intuition that these behaviors are mutually exclusive, indicating that the program generated a large boost in productivity

Under the eligibility rules of DACA, applicants had to be enrolled in school, have graduated from high school, have a GED, or be an honorably discharged veteran.

The researchers did warn that the research has yet to undergo peer review or review by the National Bureau of Economic Research’s board of directors.

The paper is available at http://www.nber.org/papers/w24315