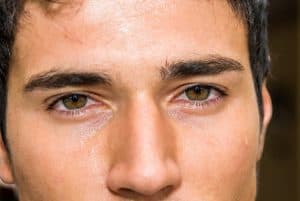 Tracing the eye movements of someone as they read in a second language may be able to create a more accurate assessment of their fluency that many traditional tests, according to researchers the Massachusetts Institute of Technology.

The approach provides stand-alone eyetracking based English proficiency scores which reflect the extent to which the learner’s gaze patterns in reading are similar to those of native English speakers. They showed that the scores correlate strongly with standardized English proficiency tests, and they demonstrated that gaze information can be used to accurately predict the outcomes of such tests.

According to the paper, “Our approach yields the strongest performance when the test taker is presented with a suite of sentences for which we have eyetracking data from other readers. However, it remains effective even using eyetracking with sentences for which eye movement data have not been previously collected. By deriving proficiency as an automatic byproduct of eye movements during ordinary reading, our approach offers a potentially valuable new tool for second language proficiency assessment. More broadly, our results open the door to future methods for inferring reader characteristics from the behavioral traces of reading.”

Download the paper at http://people.csail.mit.edu/berzak/ to find out if the eyes are even more than the windows to the soul.