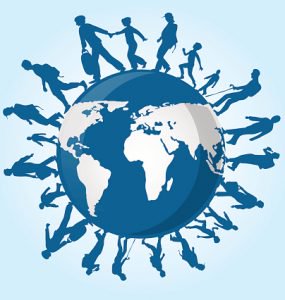 Socio-economic disadvantage and language barriers are the biggest obstacles to success at school and in society for students with an immigrant background. More effective and better targeted education and social policies are needed to help migrant children integrate and fulfil their potential, according to an OECD report.

The OECD’s Resilience of Students with an Immigrant Background: Factors that Shape Well-Being finds that almost one in four 15 year-old students in OECD and European Union countries was either foreign-born or had at least one foreign-born parent, and that the share of students with an immigrant background has risen over the past decade.

“A good education is essential to give young migrants the skills they need to overcome adversity, contribute to the economy and integrate into society,” said Gabriela Ramos, OECD Chief of Staff and Sherpa to the G20, and who oversees the work of Education at the OECD, launching the report in Brussels, Belgium. “It is alarming that, if you compare a sample of 100 European students with an immigrant background with a similar group of native students, 15 more students in the immigrant group will fail to attain baseline levels of proficiency in science, reading and math. This is unacceptable and has long-lasting effects on both integration and broader social cohesion. Countries need to do more to provide these kids with the means, instruments and support to succeed in school. We need targeted policies that give everyone the opportunity to fulfil their full potential.”

The report found that immigrant students felt a lower sense of belonging at school than non-immigrant students, reported less life satisfaction and higher schoolwork-related anxiety. However, many also expressed high levels of motivation to achieve their best in school and beyond.

Differences in socio-economic status explain over one-fifth of the gap between immigrant students and native students in the likelihood of attaining baseline skills, on average across OECD and EU countries.

Language is also key: immigrant students who do not speak the host-country language at home are less likely to do well – by around eight percentage points – in the OECD PISA test than native-speaking immigrant students.

Teachers have a key role to play in helping students adjust in their classrooms and society more generally. They should be offered more support and training to deal with increasingly multicultural classrooms, tackling bullying and engaging with parents of immigrant students.

To help non-native students succeed, introducing early assessment of language and other skills is essential. Students with an immigrant background should be offered targeted language training. Screening for language proficiency not only informs teachers about individual students’ needs, but also local or regional education authorities, and can be used to help target which schools should receive additional funding, training and support.

The report, co-funded by the European Union, The Resilience of Students with an Immigrant Background: Factors that Shape Well-Being, is available at http://www.oecd-ilibrary.org/education/the-resilience-of-students-with-an-immigrant-background_9789264292093-en