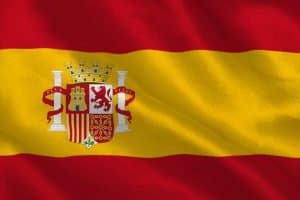 Specifically, the government is seeking to replace the prevalent masculine plural (eg. señores) with both the masculine and feminine versions (señores y señoras). The row erupted after Spain’s deputy prime minister and equality minister, Carmen Calvo, called on the RAE to consider updating the 1978 constitution with “inclusive” language, saying: “We have a masculine constitution. We need to begin to have a text that includes women.” She pointed out that it referred to “ministros y deputados” using the male forms of the nouns.

Calvo, a former culture minister, and prime minister Pedro Sánchez took control of the government at the beginning of June, when their party (PSOE) and its allies (the populist Unidos Podemos, Basque, Catalan, and Valencian nationalist parties) succeeded in passing a no-confidence motion against the conservative government of Mariano Rajoy and the Partido Popular. When the new government’s majority female cabinet was sworn in, most members referred to the “Consejo de Ministras y Ministros” rather than the “Consejo de Ministros.”

The new government soon asked the RAE to investigate what it would take to make gender-inclusive changes to the constitution, but the RAE’s director, Darío Villanueva, dismissed the idea, telling El País that the problem is “confusing grammar with machismo.” Arturo Pérez-Reverte, a prominent Spanish novelist and RAE member, also said he would resign if any changes on the basis of gender-neutrality were made.

However, there is some support for change within the Academia—philosopher Inés Fernández-Ordóñez argued that the RAE should be “open to the demands of society,” noting that meetings often start with “señores y señoras” (ladies and gentlemen), so ways can be found to “mark the female presence.”

Reformists say that the traditional Spanish use of male pronouns and noun forms to refer to both genders collectively effectively makes women invisible, but opponents argue the inclusion of women is implied.