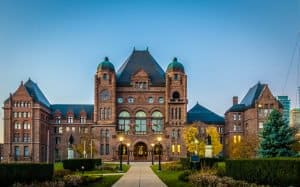 The annual report of Ontario’s French Language Services Commissioner, François Boileau, “Looking ahead, Getting ready,” makes 14 recommendations, including one suggesting that the Canadian province adopt an action plan on the development of Francophone communities and the promotion of the French language in Ontario.

The report projects the Francophone population forward to 2028, and calls upon the government to prepare itself for demographic changes, in which the best-case scenario predicts that by 2028, in spite of expected growth in Ontario’s Francophone population in absolute figures, the proportion will continue to decline, relative to the province’s total population.

According to Boileau: “The findings are alarming. We need to prepare for a scenario in which we will have some serious catching-up to do, notably on Francophone immigration and the aging of the population. A provincial action plan for developing Francophone communities and promoting French in Ontario would be a first step towards a long-term solution. I agree that it is ambitious, but it is also essential. It would give the ministries a framework and indicate the desired collective direction. The new Ford government needs to field the ball and immediately seize this opportunity.”

The Commissioner made another seven recommendations on Francophone immigration and six more on demography, health, the production and dissemination of French-language digital content, the digital transformation of the government-citizen relationship, the restructuring of in-person public services, and tomorrow’s workforce.

“My advisory role is one of the most important assigned to me under the French Language Services Act. More than ever, the annual report includes valuable advice. Daring to think 10 years ahead is a perilous exercise at best. The very words used in the title, Looking ahead, Getting ready, are action verbs recommending that we face up to reality and do what has to be done. My goal is to mobilize public policymakers and engage Francophone communities in taking strong collective action,” concluded Boileau.

The mandate of the Commissioner’s Office is to ensure that government services are delivered in compliance with Canada’s French Language Services Act.