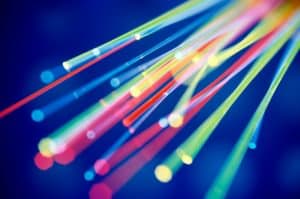 It was previously thought that the changes to a certain gene, Forkhead box protein P2 (FOXP2), was the principal link to the evolution of human language. Researchers believed that the changes in this gene were so beneficial that they spread through the human species rapidly, helping homo sapiens to develop complex language skills. A new study, however, indicates that the changes to FOXP2 didn’t happen during homo sapiens recent history, and that previous studies indicating such were false flags.

The study, No Evidence for Recent Selection at FOXP2 among Diverse Human Populations, published in Cell, reanalyzed the genes in hundreds of globally distributed genomes to test for recent selection.

The gene FOXP2 affects function in language-related parts of the brain, and is the only known autosomal-dominant (inherited) language-related gene. According to the study, “Initially investigated as the first gene implicated in speech and language…this led to speculation that FOXP2 played a key role in the development of modern language, unique to Homo sapiens.” A previous paper found that humans carried two mutations of FOXP2 not found in other primates. The paper found indications of a ‘selective sweep’ where a mutation happens quickly across a population, and inferred that the mutation happened in the last 200,000 years. The problem with the initial 2002 study was that only 20 participants. Author Elizabeth Grace Atkins (and other researchers on the paper), used a much larger data set of both 53 high-coverage genomes from global human populations and populations from the 1000 Genomes phase 1 dataset to study.

The study found that no sweep signal of FOXP2, indicating that the mutated gene is just a small part of the complicated puzzle of human language development.