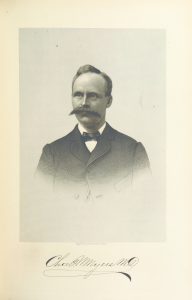 Every September, or August in some cases, teachers welcome into their classrooms students whose first language is not English. Some of these may be immigrant or refugee children who have just arrived in the U.S. and know not a single English word. Others may have grown up in immigrant households and first encountered English literacy in kindergarten, so that even as bilingual speakers in higher school grades they are daunted by academic English.

Even in schools with robust English as a second language (ESL) support, some teachers struggle to meet the needs of their English language learners (ELLs)—or emergent bilinguals. The situation is much worse in areas where bilingual education is discouraged or disallowed. One well-known example of this is Arizona, where the passing of Proposition 203 in 2000 eliminated bilingual education programs, replacing them with so-called structured English immersion (SEI) that has left many students and parents traumatized, but Arizona is hardly unique.

So why does bilingual education induce so much anxiety among policy makers and the English-speaking public, even though research and classroom practice have shown time and again that supporting students’ home languages actually helps them learn English and leads to better academic performance overall?

There are arguably few images of young America as iconic as the pioneers. In Westerns, Hollywood portrayed them traveling in covered wagons across the prairies, inevitably speaking English—or, more precisely, an unmistakably American, somewhat country-accented variety of English. But contrast that with a different scene featuring pioneers, one taken from the Texan countryside in 1854. A group of about 100 Polish families from Upper Silesia have just arrived, under the leadership of a priest from their hometown, Reverend Leopold Moczygemba.

Having expected an established settlement, they find themselves in untouched wilderness, overgrown with grass and brush so tall that people cannot see each other from just a few feet away, filled with rattlesnakes, barren of anything edible, hot, and unforgiving. In the absence of any dwellings, they sleep in dug-out burrows. Day by day, they work tirelessly to clear the hostile land. Eventually, they build a village: houses, a church, a school. In the church, Reverend Moczygemba preaches in his native Silesian Polish, and the school is taught in Polish as well.

Similar stories can be told of Czech, Slovak, German, Swedish, Norwegian, or Danish settlers, to name but a few—and in the American West, of course, Chinese, Japanese, and other non-Europeans likewise settled often difficult terrain, and built railroads and mined. Although the English introduced by the British colonizers is now the dominant language in the U.S., it was by no means the only language spoken by early Americans. In fact, at the time of the American Revolution, less than 50% of people in the colonies were English speakers or of English-speaking descent.

Today, on the other hand, while we hear thousands of languages spoken in America, as many as 80% of Americans are native—and often monolingual—speakers of English. Two facts about language in America emerge from this history: that multilingualism has always been a feature of American society, and that English remains the dominant language with little danger of a challenge.

Yet both of these ideas appear to elude many people, like the angry customer at the Manhattan eatery Fresh Kitchen whose rant against employees addressing customers in Spanish went viral on May 16, 2018. The man’s assertion that the restaurant’s staff “should be speaking English” because “this is America” is an old yet common slogan. It assumes, incorrectly, both that English is the only American language and that English is somehow assaulted when other languages are used in public.

Another incident that took place on the same day was the detention by a Montana Border Patrol officer of two American citizens because, in his own video-recorded words, they were speaking Spanish, which is “very unheard of up here.” The officer’s actions and the reasoning behind them reflect, again, the idea that languages other than English are un-American and present a threat. These misconceptions underlie many educational policy decisions aimed at immigrant children.

ENGLISH IS NOT GOING AWAY

Research has consistently shown that across immigrant communities in the U.S., a complete shift from the heritage language to English occurs by the third generation. In other words, even if first-generation immigrants do not speak English at all, their grandchildren tend to be monolingual in it. Furthermore, languages other than English have a comparatively tiny number of speakers in America. Even Spanish, the only serious partner to English in American public spaces, is spoken only by a little over 12% of the population, and its relative vitality is mostly due to its history as the dominant language in the North American West and Southwest and to the Spanish language’s continuous contact with Central and South American Spanish via ongoing transmigrations.

The lesson here should be that English is not going away. It is not embattled or disappearing. Consequently, it is irrational to worry about the welfare of English when hearing or seeing other languages used in American public spaces. When such fears inform educational policy, leading to the elimination of bilingual or dual-language programs in favor of English immersion, emergent bilingual children suffer, because immersion is not, contrary to common popular belief, the quickest way for children to learn a new language.

In fact, recent research shows that children are not necessarily better at learning new languages than adults. When “immersed” in English and deprived of a way to make meaningful connections between the new L2 (second-language) input and their existing L1 (first-language) knowledge, children struggle to comprehend academic material, they lose motivation, and their self-esteem plummets. And in addition, they become isolated from their communities: their heritage language begins to undergo attrition and they may develop negative feelings about it, while at the same time their parents, who often do not speak English, are unable to help them with homework or engage with school activities.

BILINGUALISM IS GOOD FOR YOU—AND FOR SOCIETY

As early as 1979, University of Toronto professor and scholar of bilingual education and second-language acquisition James Cummins criticized immersion programs as “submersion” that runs counter to all available research. He, and many other researchers since, emphasized the developmental interdependence of L1 and L2, pointing out that children who continue to develop their L1 as they acquire L2 perform better on reading tests than children whose L1 education is replaced with L2. This is not to say that emergent bilinguals cannot succeed when placed in English immersion programs, but that they succeed in spite of, and not because of, such placement.

By contrast, there is clear evidence that encouraging the simultaneous development of L1 and L2 through bilingual and dual-language education helps children make connections between what they are learning and what they already know, leading to better performance and stronger self-esteem. Researchers Lesley Bartlett and Ofelia García describe the success of dual-language development in the bilingual program at Gregorio Luperón High School in New York City, noting that when Spanish is used as scaffolding to learn English, even teenagers who come to the school with only limited English are able to acquire it rapidly.

The fact that bilingualism benefits our brains has been written about copiously in recent years. Bilingualism is reported to aid brain development, enhance cognitive functions such as prioritizing and organizing information, and help ward off early signs of dementia. When immigrant children’s bilingualism is encouraged—when they are treated as emergent bilinguals and not just future English speakers—their chances of academic success increase. It is time that these research-based facts, not irrational fears of other languages “taking over,” informed bilingual education policy in the U.S.

America was settled by speakers of many languages, and as long as immigrants continue to come to the U.S., multilingualism will remain a fact of American life. At the same time, those who fear for the future of English can rest assured that it is more than secure. English is here to stay. Supporting other languages is neither un-American nor a threat to English.

Dominika Baran is an associate professor in the English Department at Duke University. She works in the fields of sociolinguistics and linguistic anthropology, and her current research focuses on the intersections of language, identity, and migration. Her book, Language in Immigrant America, was published in October 2017.