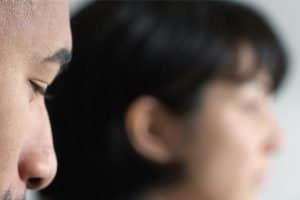 What if the target language suddenly became multiple languages learned in tandem through a strategy that encouraged students to seek reciprocal, similar, and contrasting patterns with the languages they already knew? In 1913, Jules Ronjat offered a scientific description for this natural and spontaneous strategy to explain the high level of European multilingualism prior to World War I.

He attributed this phenomenon to what he called intercomprehension, which he defined as a speaker’s ability to understand the speech of another speaker who communicated in a dialect of the same language or a related language. While the restrictive nationalistic language policies that emerged after World War I almost definitively curbed plurilingualism and the individual’s multilingual propensity, since the 1970s scholars have worked to reverse this. They have developed Ronjat’s observation about comprehension into a language-learning strategy that has been reaping benefits for students through a number of intercomprehension projects in Europe.

Now intercomprehension has come to the U.S. through a collaboration between California State University, Long Beach and the University of Toulouse II, France, with the support of the Office of Cultural Services, Embassy of France. Just as linguists like Claire Benveniste have revitalized and adapted this method for new audiences of language learners in Europe, intercomprehension has now been tailored to fit the language acquisition profile of a growing majority of American students: those who come to the language classroom and are already bi- if not tri- or even multilingual.

Intercomprehension is particularly effective when working within a specific language family, which is why we are focusing on the Romance languages, of which at least four, French, Italian, Portuguese, and Spanish, are taught on a regular basis in the U.S. Since a majority of students study Spanish or already speak it, the objective of our intercomprehension project has been to maximize the learning potential of Spanish speakers who choose to study French or Italian. As we have said, by Spanish speakers we mean not only heritage speakers but any student who has acquired Spanish in high school or college language classes.

The CSULB program is among the first in the U.S. to implement specialized pedagogies in language acquisition for Spanish speakers. The project responds to the realization among professionals in the language sciences that the growing number of students with competency in Spanish need a language acquisition curriculum that takes advantage of their preexisting skills.

In intercomprehension, students are taught a number of strategies based upon the “natural bridges,” i.e., the morphological, syntactical, and vocabulary resemblances, that exist between languages and dialects that belong to the same family. As students acquire these tools, they learn to rely upon their natural tendency to scaffold language competencies by moving freely and indiscriminately through the input they either already possess (from Spanish and English, for example) or input that they have acquired in the French or Italian language classroom.

However, this input is not only limited to French or Italian, but also includes content from other Romance languages, as well as English, thanks to the intercomprehension modules we have created. Considering the vast extent of Latinate words in the English language, English, too, functions well as a bridge language. Both linguistically and historically, English is the most “Romance” of all the Germanic languages. Together with Spanish, English becomes an unexpected resource whose potential to partner in the intercomprehension process has proven to be essential.

Our French and Italian for Spanish Speakers courses cover in three semesters the same amount of material taught in the traditional four-semester sequence. Semesters I and II introduce the special intercomprehension modules mentioned above into the content students acquire.

These modules are embedded into communicative approach teaching to provide students with the tools to read at a higher level than students in our other classes, while the second year is completed in an accelerated, hybrid course over one semester. During the first year, intercomprehension modules present short texts in four different Romance languages plus English. Each module imparts at least one “bridge” linking the Romance languages to each other.

As mentioned above, these bridges can be morphological, syntactic, semantic, or cultural. By learning a new bridge in each intercomprehension module, students are naturally prompted to think dynamically and organically about language systems as an extended family whose members are related to each other. This learning process models in far greater measure their own experiences as language learners and users.

Moving between the intercomprehension modules and the communicative content of the French or Italian course, students become more autonomous, self-propelled learners who see all input as potentially comprehensible, not only the input that is provided by the instructor or the textbook. Through intercomprehension, they enter a linguistic comfort zone, achieving psychological assurance and confidence, which comprise the foundations of successful language acquisition. Using their own linguistic knowledge of English and Spanish, they build abilities in new languages.

This predisposition of accessibility removes the notion of “foreignness” from the language acquisition process. In the intercomprehension of romance languages, there is no “foreign language.” Within the circular flow of intercomprehension, every language is at the same time source, target, and bridge language. The learner constructs metalinguistic competencies, the true drivers of language mastery.

For the past two years, high school teachers and community college professors have been participating in a National Endowment for the Humanities (NEH) training project, funded through a special initiative for Hispanic-Serving Institutions, which is a designation that California State University obtained in 2010.

The purpose of the three-year grant is to expand intercomprehension into language programs at other Southern California schools and colleges. This fall, San Pedro High School will be the first of the participating institutions to inaugurate French and Italian for Spanish Speakers courses. Diane Hartunian (French) and Ida Lanza (Italian and head of the foreign languages department at San Pedro High School) launched a recruiting effort last year at the feeder middle school and immediately received more than enough students to fill the classes.

Both Hartunian and Lanza expressed their excitement about the new program and the potential for language acquisition that it offers to their Spanish-speaking students. With some 70% of the students in French or Italian at San Pedro High School being Spanish speakers, Hartunian and Lanza always felt they were holding back the Spanish-speaking students who were able to rapidly recognize, learn, and use reciprocal verbs or the imperfect tense. Now bilingual students will be able to use the languages they know as a solid platform from which to learn other languages and become multilingual.

The modules have been created through the joint efforts of the California State University, Long Beach team, headed by Clorinda Donato, professor of French and Italian and the George L. Graziadio Chair of Italian Studies, and the University of Toulouse II team, led by Professor Pierre Escudé, Maître de conferences HDR en didactique des langues.

The modules capture the theory and practice of Pierre Escudé’s work in the multilingual Euromania (www.euro-mania.eu), together with the CSULB’s team experience in working with Spanish-speaking learners of French and Italian. The modules are currently being prepared for publication so that other universities with high numbers of Spanish-speaking students might also benefit from intercomprehension in their Romance-language acquisition programs. They have been created to be compatible with any first-year French or Italian textbook.

Clorinda Donato, PhD, is the George L. Graziadio chair of Italian Studies and professor of French and Italian at California State University, Long Beach. Donato’s research addresses cultural studies of knowledge transfer through translation and genre adaptation in encyclopedic compilations and the prose narrative of the global eighteenth century.

Pierre Escudé is a lecturer at the Institut Universitaire de Formation des Maîtres (IUFM), which specializes in the training of secondary teachers at the University of Toulouse, France. Escudé is a world-renowned expert on the intercomprehension of Romance languages.