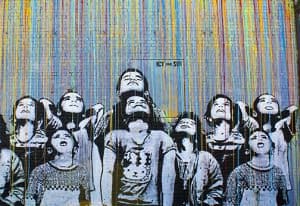 Over the last year or so, the movement against high-stakes standardized testing has subsided, maybe due to educational activists focusing their attention on more pressing issues, such as funding, in the Trump era, or maybe because the Every Student Succeeds Act (ESSA) creates the possibility for states to shift the focus of accountability from punishment of schools and teachers to policies that genuinely help improve educational quality and equity. However, even with enormous improvements to testing regimes across the U.S. and the availability of a much wider range of assessment methods, standardized tests are still being used to the detriment of English language learners and other minorities.

In Prince William County, Virginia, 20% of children speak Spanish at home, according to census figures, yet those children are not allowed to demonstrate what they know in their mother tongue, even though allowing those children to take standardized tests in Spanish could more effectively track what they are learning in school.

A few months ago, Prince William County Board of Supervisors chairman Corey Stewart dismissed the introduction of Spanish-language testing out of hand: “That would be a huge disservice to children in our community. If you don’t learn English, you are not going to succeed in America.”

In New York City, Mayor Bill de Blasio sees the reliance of the city’s top high schools on standardized tests as the sole criterion for admission as unacceptable. He has recently proposed abolishing the system used to admit students to three public high schools in his city that are rated among the best in the country: the Bronx High School of Science, Brooklyn Technical School, and Stuyvesant High School.

Their reliance on standardized test scores has resulted in student bodies with very few black and Latino students, despite them making up the majority of students in the city. In an essay for Chalkbeat, de Blasio made his case: “Right now, we are living with monumental injustice. The prestigious high schools make 5,000 admissions offers to incoming ninth graders. Yet this year, just 172 black students and 298 Latino students received offers. This happened in a city where two out of every three eighth graders in our public schools are Latino or black… Can anyone defend this? Can anyone look the parent of a Latino or black child in the eye and tell them their precious daughter or son has an equal chance to get into one of their city’s best high schools? Can anyone say this is the America we signed up for?”

He says the Specialized High School Admissions Test should be scrapped and replaced with admissions based on middle school grades, state tests, and other factors, which would result in notable gains in the number of black and Latino students being admitted to the city’s top high schools. Admissions experts agree that merely comparing average test scores is simplistic.

Determining how, what, and how well a student is learning is an essential part of teaching. While assessment too often is reduced to standardized testing, publishers, teachers, and researchers have responded to demand by creating a wide range of powerful assessment tools and practices that are providing useful results for schools across the nation. Policymakers should now research the array of assessments available, their application and value, and determine how best they can serve the needs of their students, rather than help to fulfill their political goals.