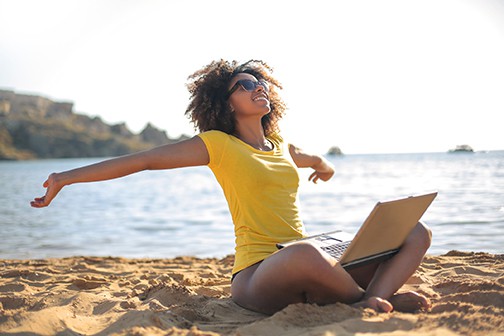 Lisa A. Frumkes explains why bilingualism is more relevant than ever.


In today’s increasingly global and connected world, I interact every day with colleagues from different cultures who speak a wide array of languages. Achieving bilingualism and proficiency in a second language—be it English or another world language—is important for everyone, but especially for 21st-century students.

For today’s K–12 students, knowledge and mastery of a second language will be critical to finding employment in the future workforce. A report from New American Economy (NAE) on the growing importance of foreign language skills in the U.S. job market found the demand for bilingual workers in major industries more than doubled between 2010 and 2015.1 The demand for interpreters and translators is projected to grow more than any other field between now and 2026.2 But the requirement to be bilingual is no longer limited to aspiring State Department officials or UN translators. Increasingly, employers are seeking candidates who speak multiple languages for both low- and high-skilled positions. That is, even those with only a high school diploma may need another language to find a good job. Employers are seeking workers who speak multiple languages as they hire home health aides, secretaries, teachers, and web developers, and not only in those states with a higher demand for bilingualism, like Arizona, California, Colorado, Florida, New Mexico, Oregon, and Texas.3

It is also important to note that the academic benefits for students of achieving fluency in a language like Spanish, Chinese, Japanese, Russian, or German go beyond securing employment. Once I became fluent in my first foreign language—French, as a high school student—I noticed how many more words I could recognize, even in English, because I had learned all these roots in another language. This was a big help when I took standardized tests before college. And the data bear this out: research shows world language learning can not only boost a student’s reading abilities4 but also positively impact SAT and ACT scores.5

Learning another language can provide cognitive benefits for K–12 learners. Studies show a correlation between bilingualism and problem solving, as well as improved verbal and spatial abilities.6 It is also linked to having a better attention span and offsetting age-related cognitive loss. Learning a second language helps students gain a better understanding of other cultures as well. Such cultural competency is critical to effectively working with people from varying backgrounds and cultivating a more positive attitude toward the language and its native speakers.7

Language education is vital to all U.S. students, not just native speakers of English. With 4.7 million English language learners (ELLs) enrolled in U.S. public schools, there needs to be training to help them develop full, adult, professional competency in their native (or heritage) languages as well as English. As the ELL population continues to rise (the current 10% is projected to rise to 25% in 2025 and to 40% sometime in the decade after that), it is vital for teachers and schools to become better equipped to implement effective and equitable systems to improve the lives and academic outcomes of these students.

However, studies show that the dearth of world language learners persists across the U.S. In fact, a 2017 state-by-state analysis from the American Council for International Education that examined foreign language enrollment data estimated that only 10.6 million students—just 20% of America’s learners in grades K–12—are studying a world language or American Sign Language.8 In some states, less than 10% of students are enrolled in a language course. These statistics are even more worrisome when considering that more than 40 states and the District of Columbia report world language teacher shortages9 and “over 30 states do not require ELL training for general classroom teachers beyond the federal requirements.”10

It is critical to bring to light the importance of affording every student in the U.S. the opportunity to learn another language. Whether they seek a postsecondary degree or join the workforce following high school graduation, the necessity and the benefits of bilingualism are more abundant than at any time before. But why stop there? It is clear that students will benefit both academically and professionally from learning a second, third, or even fourth language. Europe has long led the way when it comes to multilingual education, with most countries making proficiency in two or three different languages a graduation requirement. I have many friends outside of the U.S. who think nothing of speaking two or three languages every day. They grow up feeling that it is a natural thing to do and are not afraid of it This is the kind of mindset I have tried to instill in my own children—a sense that learning other languages is an achievable—and enjoyable!—goal. My job is to enable and support America’s children linguistically—to provide them the tools, resources, and support they need to succeed, stay competitive in today’s global society, and become productive global citizens.

Dr. Lisa A. Frumkes is senior director of content development at Rosetta Stone.