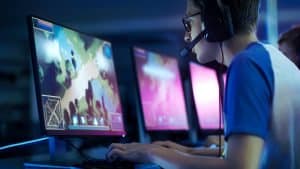 According to a new report by Zion Market Research, the global language learning games market, which was valued at about $377 million last year, is expected to be worth $2.45 billion by 2026.

In 2017, North America held the largest share of around 22.23% in overall language learning games market due to the presence of major market players in the U.S. There are many companies trying to expand their business in the U.S., including Duolingo, MindSnacks, GeekSLP, and JumpStart Games, Inc. These companies have different features in their gaming platform to help speed up learning. A recent study revealed that, 91% of children in the U.S. from the age group between 2 to 17 play video games. Therefore, schools are using learning games to drive deeper engagement with their students in the classroom.

Europe region has moderate growth in the global language learning games market. According to the recent study conducted by Eurostat, 96% of students in the European Union learned the English language in upper secondary education and around 60% of students in EU learned two or more foreign languages in upper secondary education in 2015. Schools and other educational institutions in the European Union provide a significant opportunity for the majority of people to learn languages, by providing advanced methods of learning regional as wells as a foreign language. Presently there are 24 official languages recognized in the European Union.

Asia Pacific language learning games market is expected to register a considerable growth over the coming years, owing to the increasing adoption of smartphones in the educational sector. According to the eMarketers, there are approximately 1.25 billion smartphone users in Asia Pacific region.

Reduction in the smartphone costs along with its easy availability is likely to open new horizons of growth for smartphone industry. This, in turn, is projected to favorably influence the language learning games market trends in the years ahead.

A free brochure based on the report is available at: https://www.zionmarketresearch.com/requestbrochure/language-learning-games-market