The U.S. Department of Education has blocked DACA recipients and other undocumented students from receiving COVID-19 relief money in the CARES Act. Around $14 billion in aid money was given to college campuses from the CARES Act, and nearly half of that money was intended to go to students directly in the form of grants. Several weeks after the bill passed, Secretary DeVos released guidance on eligibility for students in which she stated that students must eligible for aid under Title IV of the Higher Education Act in order to receive the CARES Act grants, which excludes DACA recipients and other undocumented students.

Attorney General Bob Ferguson has challenged the decision in the U.S. District Court of Washington at Spokane, and in the lawsuit stated that, “the Department’s unauthorized eligibility restriction violates the Administrative Procedure Act, separation of powers, and the Spending Clause in the United States Constitution.”

DACA recipients and other undocumented students may receive future aid, however. The House has included new language to the HEROES Act that would prohibit the education department from imposing the same restrictions if it were to pass through Congress. The new act would only require a student to be enrolled in a college or university to be eligible for assistance. 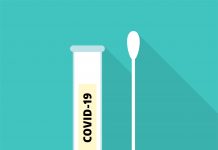