DAN ALPERT: What are the most important academic, cognitive, and cultural benefits of multilingualism?

IVANNIA SOTO: There are so many benefits associated with multilingualism. Cognitively, multilingual proficiency strengthens how the brain functions. For example, bilingualism requires increased cognitive flexibility and better problem-solving skills (Californians Together, 2017). If we look at health benefits, multilingualism even deters dementia and Alzheimer’s. According to Alzheimers.org.uk, “Lifelong bilinguals have increased connectivity in certain areas of the brain that help protect them from dementia.”

Research has also proven that students who are able to speak, read, and write in two or more languages can simultaneously participate in multiple cultural and language worlds; this is a big sociocultural benefit of multilingualism, as language and culture are intertwined. Academically, multilingual students’ ability to switch between two languages tends to increase their attention spans and make them better multitaskers and more open to change (Kamenetz, 2016). Most remarkable of all, the simultaneous development of both English and their home languages is associated with stronger performance in English among our English learners as compared to students who are educated monolingually (Genesee, Paradis, and Crago, 2010).

DAN ALPERT: What are some common barriers to multilingualism in our present-day educational systems, and how can we begin to disrupt them?

IVANNIA SOTO: The two biggest barriers are equity and access to multilingual programs, and the bilingual teacher shortage. First, despite the growing number of dual-language programs, the privileged majority still seems to benefit most, while our historically and linguistically oppressed students, our English learners (ELs) in particular, are relegated to the sidelines. Too often, our multilingual programs prioritize students who already have linguistic privilege because dual-language education has such a clear and positive impact on native English speakers. But if we look at the research as it relates to our English learners specifically, dual-language education is the only model that will enable them to fully close the achievement gap and even outperform their native-English-speaking classmates on standardized tests (Thomas and Collier, 2012). Additionally, many new programs are often launched as ways to increase student enrollment among native speakers, while our many multilingual students would benefit even more. Thomas and Collier’s research reminds us that we must be vigilant in order to ensure equity on behalf of ELs in multilingual programs today. Since ELs are the linguistic minority, and have the most to gain from multilingual programs, we must make sure that their representation and needs are at the forefront.

A second barrier to multilingualism is the bilingual teacher shortage. In California, with the passage of Proposition 58 in 2016 halting restrictive English-only policies for our multilingual learners, there has been a resurgence of dual-language immersion programs and a shortage of bilingual teachers. In order to address this issue, the California Department of Education (CDE) Global 2030 initiative has laid out a commitment to multilingualism, which includes a focus on doubling the number of new bilingual teachers authorized between 2017 and 2030. With the support of California Assembly Bill 99, CDE has been able to also provide funding for bilingual teacher professional development, including the authorization of new bilingual teachers. Additional Global 2030 goals that address multilingualism in California include: a) by 2030, half of all K–12 students participate in programs leading to proficiency in two or more languages, either through a class, a program, or an experience; b) the number of dual immersion programs that teach languages besides English quadruples from about 400 in 2017 to 1,600 in 2030 (CDE, 2018). More states need to put in place similar commitments and initiatives at the state level in order to address, prepare, and retain bilingual teachers.

DAN ALPERT: Why is it important for educators and other stakeholders to support multilingualism in our schools?

MARGO GOTTLIEB: Look around your classroom and listen to the voices in the hallways. Are you mindful of the many languages and cultures of your multilingual learners and their family members? Have you sensed demographic changes in your school and surrounding community? Having witnessed the ebb and flow of language education over several decades, we can truly say that multilingualism as a pedagogical approach supportive of multilingual learners is stronger than ever.

Multilingual learners are growing in numbers and are quickly becoming the faces of pre-K–12 education. Let’s examine some figures. From 2001 to 2017, the number of English learners enrolled in U.S. public schools increased by almost 30%, with a notable rise in 43 states (OELA, 2020). Imagine: these students represent over 400 languages and dialects (OELA, 2018). In addition, within the same timeframe, the presence of dual-language education has spread to 35 states and the District of Columbia (OELA, 2019).

These most revealing statistics reinforce the fact that multilingualism is thriving in schools across the U.S. In just five years it is projected that one in four of all public school students will be ELs ([email protected] NYU, 2018).

The increasing presence of multilingual learners along with their languages, cultures, and ways of being are not only influencing trends in language education but in all of education. Multilingualism is a way of life for our multilingual learners, and as educators, it is our responsibility to connect their presence in school to home and community.

Linguistically and culturally sustainable classrooms should be inviting spaces for nurturing learning and stimulating multilingualism (Paris, 2012). Walls should be filled with multicultural murals and artifacts; original student work in multiple languages should be on full display. In fact, multiple language use should prevail and be respected throughout the school, regardless of whether or not teachers can communicate in the languages of the multilingual learners.

DAN ALPERT: How can educators use multilingual learners’ funds of knowledge as springboards for learning?

MARGO GOTTLIEB: This year has been marked by critical conversations on translanguaging (the natural intertwining of languages), an important source of knowledge and communication for multilingual learners. In one of these heated discussions, the opening activity was to draw a self-portrait depicting one’s personal language use. The realization among the participants was quite stunning—although topics, contexts, and audiences shape the use of language, ultimately one’s languages and cultures are inseparable from who one is. So why do teachers, whether participating in a professional learning experience or interacting with students in their classrooms, dismiss the association of language and identity? Instead, as educators, we should capitalize on our students’ multiple language use, irrespective of when, with whom, or how they interact, as expressions of learning.

Just like you and me, multilingual learners draw funds of knowledge from their family or community membership (González, Moll, and Amanti, 2005) and their funds of identity from their individual resources for self-definition (Esteban-Guitart and Moll, 2014). Funds of knowledge and identity are not confined to one language and culture. Rather, the multiple languages of multilingual learners are entangled in their ways of knowing and being.

We should be familiar with the kinds of scientific knowledge gained from different households, such as students who have a sense of auto mechanics or who are technicians. Multilingual learners who go food shopping on a regular basis come to understand the importance of financial literacy. Those who watch after younger siblings understand care giving and those who translate for family members become more metalinguistically aware of the interplay between languages.

In essence, multilingual learners’ funds of knowledge are hooks for them to explore the world around them. We should become acquainted with the communities in which our students reside, the persons with whom they interact, and the major influences in their lives. It is essential to cultivate relationships with families to build trust and to acknowledge their expertise. If it’s not possible to pay home visits, think about attending meetings of local organizations or probing into issues of importance to your students. Multilingual learners’ funds of knowledge are vast; we must tap those multilingual, multicultural resources, as they are foundational to teaching, learning, and life.

[email protected] (2018). ”1 in 4 Students Is an English Language Learner: Are we leaving them behind?” https://counseling.steinhardt.nyu.edu/blog/english-language-learners/

Ivannia Soto is professor of education at Whittier College, where she is also director of the Institute for Culturally and Linguistically Diverse Responsive Teaching.

Margo Gottlieb is co-founder and lead developer for WIDA at the Wisconsin Center for Education Research, having served as director of assessment and evaluation for the Illinois Resource Center.

Together, Ivannia and Margo contributed chapters to Breaking Down the Wall: Essential Shifts for English Learners’ Success (Corwin, 2019).

Dan Alpert is publisher and program director for equity and professional learning at Corwin. 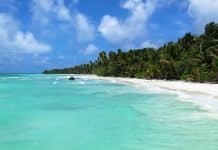 Teaching in the Atolls with no Virus Count 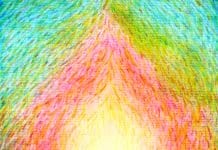 The Yoga of Collaboration

Jul. 6 is the deadline for HACU Scholarship Program applications