At the opening of the newest Instituto Cervantes, housed at the University of California Los Angeles (UCLA), Spain’s prime minister Pedro Sánchez highlighted the potential of Spanish and its cultures in the U.S., stressing that “Spanish is a language of progress and modernity, of the future and entrepreneurship,” ideally suited to California, which he called the “land of progress.”

He called Spanish the “best commercial, freedom, and cultural ambassador” and released forecasts of the language’s growth in a country that has more than 62 million people of Hispanic origin (18.7% of the total population) and where it is the second most studied language with a huge difference at all levels of education.

The event, held at UCLA’s emblematic Royce Hall and broadcast live on the Spanish government’s website, began with the welcome of Gene Block, rector of UCLA, who had words of praise for Barbara Fuchs, tenured professor of the university and winner of the first Ñ Award from the Instituto Cervantes for her contribution to the international dissemination of Spanish Golden Age literature.

Cervantes director Luis García Montero said that “it is especially important to have a solid presence in the U.S., which is already the second country in number of Spanish speakers, after Mexico, with a very clear prominence in the state of California and the City of Angels.“

“Supporting Spanish means giving it prestige as a language of culture, science, and technological transformation, a source of pride for its people,” García Montero argued, adding that in that regard Los Angeles and California “are a point of reference in the world.” Over the years, the Instituto Cervantes has collaborated on projects in LA, such as the Festival of Classical Hispanic Theater (directed by Fuchs) and the Fusión program, with the Mexican and Spanish consulates and the Huntington Library, to study the possibilities of interculturality. With the new center in California, there will be seven U.S. cities that have Cervantes headquarters: New York (1995), Chicago (1996), and Albuquerque (2000); Seattle, at the Aula Cervantes (2007); Boston, at the Observatory of the Spanish Language at Harvard University (2013); El Paso, with its new extension (inaugurated on June 23); and, soon, downtown Los Angeles, which is scheduled to open in 2022 with a budget of €1,158,740 (US$1.5 million).

“Our goal for the immediate future is to tackle more ambitious tasks with regard not only to culture but also to the teaching of Spanish language and to collaboration with Hispanicists, as well as with journalists and the media in our language,” explained García Montero. 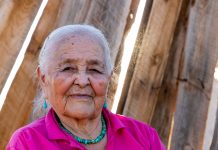 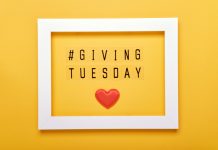