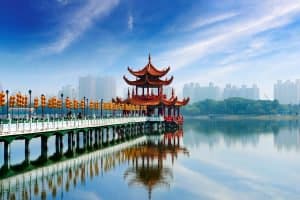 Taiwan’s Languages
The languages and dialects spoken in Taiwan have their origins in the Austronesian and Han lingual systems. The Austronesian languages are spoken by Taiwan’s indigenous peoples, while most common Han dialects – Minnanese and Hakka – are primarily used by those whose ancestors immigrated from China’s Fujian and Guangdong Provinces, respectively, four centuries ago. In 1949, after the ROC government relocated to Taiwan, Mandarin became the common language used for communication. In 1987, as emphasis on native languages began to grow, a movement was initiated to teach students their mother tongue so as to preserve the languages and dialects of ethnic groups. The Ministry of Education (MOE) is currently drafting a language equality law aimed a preserving the 14 major languages and dialects used in Taiwan.
Phonetic Symbols and Romanization
To represent the sounds of Mandarin, people in Taiwan use the Mandarin Phonetic Symbols (MPS) system, a collection of 37 phonetic symbols with marks that signify Mandarin’s four tones. With regard to romanization, several different systems are concurrently being used in Taiwan, including Wade-Giles, Tongyong Pinyin, Hanyu Pnyin, and Gwoyeu Romatyzh. Tongyong Pinyon was adopted as the official romanization system for Mandarin in 2002.

Since the MPS system was promulgated in the MOE in November 1918, all primary school students have been required to learn the phonetic alphabet in the first grade. Although Mandarin is still the primary language used in schools, government, and most business offices, various county and city governments have initiated elective courses on local languages in elementary and junior high schools according to ethnic demographics since 1990. In September 2001, based on revised guidelines and amended curriculum standards passed by the MOE, primary school students began to be required to take at least one course on a local language, such as Southern Fujianese (also called Minnanese – a literal translation of the dialect – spoken by more than 70 percent of the people of Taiwan), Hakka (spoken by around 15 percent of the people of Taiwan), or an indigenous tongue. 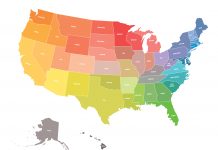 Taiwan Opens Chinese Centers Across US 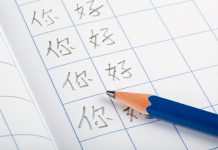