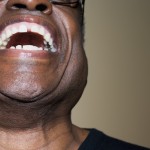 A recent study published by the National Academy of Sciences revealed that human language has a universal bias towards positivity, and out of all the languages tested, Spanish was the happiest. The study is a big data confirmation of the 1969 Pollyana hypothesis, or the tendency for people to remember pleasant items more accurately than unpleasant ones. The name comes from the 1913 novel Pollyana by Eleanor H. Porter, which follows the story of a girl who plays the “glad game” and tries to find something to be glad about in every situation. “Put more simply,” said the two psychologists who came up with the hypothesis, “humans tend to look on (and talk about) the bright side of life.”

Rigourously testing the idea has been difficult because of a shortage of data, but with the torrent of digitalized text on the Internet from sources like Twitter, GoogleBooks, and various online media outlets, researchers were able to measure the positivity bias in the 100,000 most frequently used words of 10 different languages – English, Spanish, French, German, Brazilian, Portuguese, Korean, Chinese (simplified), Russian, Indonesian, and Arabic. The words were scored by 50 different native speakers in each language for emotional resonance and analyzed on an emotional scale. Every language tested had a positivity bias, Spanish being the greatest, and Chinese being the most balanced language.

The study is part of a larger project to build a new kind of happiness meter – called a hedonometer – which can track the ‘happiness signals’ in English-language Twitter posts on an almost real-time basis, so you can see how they differ between the days, weeks, and months. Already their new hedonometer has revealed the obvious – that on the day of the Charlie Hebdo attack in Paris, language use on Twitter was much more sombre than usual – and the intriguing – that in the US, the state of Vermont has the highest happiness signal, while Louisiana has the lowest. While their hedonometer can only track English language tweets right now, the team is hoping to expand its capabilities to include many other languages and sources.