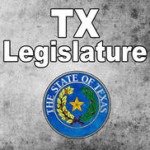 Texas has been an advocate for dual language education since 1973 when former Governor Dolph Briscoe signed into law the Bilingual Education and Training Act, which abolished the English-only teaching requirement imposed in 1918. This April, Texas Senator José Rodríguez’s Senate Bill 159, which will help maintain and expand cutting-edge dual-language education in schools across the state, including programs in the El Paso Independent School District (EPISD), passed the Senate and will now move to the Texas House. “This bill clarifies the requirements for teachers in two-way dual language programs,” Rodríguez said. “Without this bill, successful programs in the EPISD and across the state could have been disrupted. This is good news for those interested in cutting edge educational programs, which EPISD has been a leader in and which are expanding across the state.”

Dual language programs, used in more than 800 Texas schools, typically immerse students in instruction that is half in one language and half in the other. In the type of dual language programs prevalent at the El Paso Independent School District and many others around the state, the teacher of the English-language component of the program is certified in English as a Second Language (ESL) but typically not certified in Bilingual Education. National experts, as well as experts at UTEP, who are leaders in dual language education believe a bilingual certified teacher in the Spanish-language portion of the program and a teacher with an ESL certification for the English-language component is the best combination for delivering a Dual Language Program. However, due to a recent rule interpretation by the State Board of Educator Certification (SBEC), when two parts of the Education Code were combined several years ago, teachers in the English-language component of the dual-language program are now required to be bilingually certified. This requires El Paso ISD and other school districts across the state to apply for an exception every year.

Rodríguez’s Senate Bill 159 would remove this unnecessary barrier and expand effective Dual Language programs throughout the state, which will benefit thousands of students and hundreds of teachers. The Texas Association for Bilingual Education states that dual language is the most successful program in bilingual education in Texas.