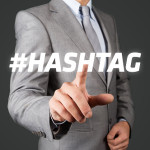 The children’s dictionary writers at Oxford University Press (OUP) named #, or hashtag, the UK children’s word of the year. Through the annual analysis of over 100,000 submissions to Radio 2’s 500 word short story competition, it was found that children under 13 years old are using the word creatively, as a form of emphasis or commenting in stories. What makes the word so remarkable is the new way it is being used. “Children are not tweeting and using Twitter, but they are using the word hashtag and the symbol # for dramatic effect, it is heightening tension,” said Vineeta Gupta, head of children’s dictionaries at OUP.

The hashtag diverges from the pictorial glyph system of Emojis because it doesn’t resemble what it stands for. The hashtag is symbolic rather than iconic, as most natural language is. The nature of the hashtag as a symbol rather than an icon means it is more susceptible to change, allowing it to branch off from its original purpose of allowing Twitter users to refer to a larger conversation. Linguistics professor Vyvyan Evans told The Guardian that the hashtag, “has […] moved across discourse genres: as a linguistic marker of emphasis it is evolving a new life, punctuating and so nuancing the meaning of language in written narratives […] This raises interesting questions about the nature and role of digital communication for language and human communication more generally.” It is not a new finding that social media speeds up language evolution, but now social media has begun to change it.