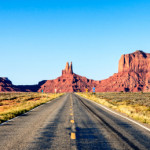 Recently, the collective voice of the Navajo Nation passed a referendum to change the language requirements for the positions of tribal president and vice president. The referendum eliminates the need for potential leaders to be fluent in Navajo, giving voters more freedom in who they can elect for office. Starting with the 2018 election, there will be a possibility of selecting a non-Navajo-speaking president of the Navajo Nation. The vote came in response to a 2014 presidential candidate being disqualified from the race after refusing to have his language skills tested. For many, this is representative of equality and democracy, allowing younger people who are less likely to be fluent in Navajo easier access to government participation, but for others, the new ruling diminishes the language that is a defining part of the tribe’s culture and tradition.

“It tells me that a majority of the Navajo people would like to see youth back at the leadership table,” said tribal lawmaker Leonard Tsosie, who sponsored the language referendum and joined a crowd gathered in Window Rock where the results were broadcast. “It shows the Navajo democracy at work.” However, some are worried about the amount of change this will bring to the tribe. The political oath of office is taken in Navajo and the language itself holds a richness of cultural history. Navajo is labeled an “at-risk” language, but has more native speakers today than most other Native American languages. Still, with it’s relative success, some are worried about the referendum’s long term ramifications. “It’s a matter of self identity and it’s a matter of having pride in ourselves as native people,” said Theresa Hatathlie, who works with Dine Youth, told Fronteras. “I have individuals I have gone to school with they say, ‘I don’t want my kids to learn their language because they’re not going to ever get a job,'” Hatathlie continued. “‘They’re not going to gain anything.’” Despite the cultural wisdom that comes with learning a native language, the practical opportunity costs may drive parents away from language education. Either way, the reality is that as younger generations are expected to begin participating more in leadership roles, they cannot be expected to speak a language they have lost.