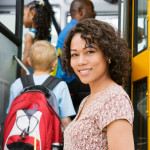 Schools are struggling to provide quality education to an increasing number of students who don’t speak English. In the last 25 years, the amount of English language learners (ELLs) in the U.S. has risen from 5% of all public school K-12 students to more than 10%. The majority of these ELLs speak Spanish, leading to a country-wide increase in demand for teachers who are bilingual in Spanish and English. Other languages however, are in demand as well, and there is an increasing call for the U.S. to take another look at its language education. “This is not a new phenomenon, it’s a structural dysfunction of the U.S. education system,” Santiago Wood, executive director of the National Association for Bilingual Education, told Fusion. “The federal government does not give any priority attention to this matter.”

Historically, the federal government has given attention to the matter, but without much response. In the 1974 Supreme Court Case Lau vs. Nichols, it was ruled that public schools are required to accommodate all students who do not speak English. The summary reads, “The failure of the San Francisco school system to provide English language instruction to approximately 1,800 students of Chinese ancestry who do not speak English, or to provide them with other adequate instructional procedures, denies them a meaningful opportunity to participate in the public educational program and thus violates […] the Civil Rights Act of 1964.” However, funding limitations and things like bilingual teaching certificates impede the implications of this 40-year-old decision. States like Connecticut, Texas, Washington, and California have decided to take things into their own hands by loosening strict certification requirements for bilingual teachers and approving bonuses.