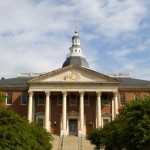 Frederick County has repealed a controversial ordinance making English the county’s official language, which was implemented three years prior. Frederick was Maryland’s first county to issue an English-only ordinance, something that has been proposed multiple times at the national level, but ultimately rejected because many believe that English-only laws violate the U.S. Constitution’s due process and equal protection. “The existing ordinance that’s on the books really sends an anti-immigrant message, a message that says you are not welcome here to anyone who does not speak English as their first language,” CASA regional director Elizabeth Alex told CBS Baltimore.

Council member M.C. Keegan-Ayer, who originally sponsored the deal, reflected on its unfavorable repercussions; “Our Office of Economic Development is having trouble getting a foothold with the bio-tech industries based on an impression that they have of Frederick County being somewhat exclusive based on someone’s ethnicity,” she said. Despite officials insisting that after the repeal takes effect citizens won’t notice much of a difference, English-only advocates voiced their concern. CBS Baltimore reported that English-only advocacy groups like Pro-English mailed fundraising letters calling the repeal sponsors “liberal multiculturists” and “politically correct bullies,” saying encouraging immigrants to learn English is the only way they will succeed in this country. Opponents of the repeal also argue that the county saves money on translators and interpreters with English as an official language.

Council member Jerry D. Donald brought up the ambiguous nature of language when asked about the repeal by the Washington Post, saying, “When a word pops into common usage from another language, when does it become English?” he asked. “The English language moves too much for the law to try to hold on to it.”