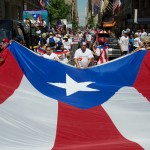 The Puerto Rican Senate recently approved a bill declaring Spanish as the first official language of the country, moving English to second place. The 1993 law proceeding this new regulation put both English and Spanish on equal footing making both compulsory in executive, legislative and judicial matters. “By establishing Spanish as the first official language, we will strengthen our cultural identity and validate the reality that more than 80% of Puerto Ricans do not understand nor speak English,” said Fas Alzamora in an explanatory statement on the bill.

The bill was introduced in August 2014 by the ex-president of the ruling Popular Democratic Party (PDP), Antonio Fas Alzamora. It was rejected in June, but reconsidered in late-August with support from a majority of ruling party Senators. Eight senators from the ruling opposition party rejected the bill. “In the 21st century, government efforts should focus on ‘multiculturalism’, including the diversity of languages,” Senate president Eduardo Bhatia said in a statement expressing his opposition to the bill. As a former colony of Spain and a current territory of the United States, the issue of language is intensely political. Groups advocating statehood want English as the priority language, but those who are pro-independence support Spanish as the first official language. Puerto Rico currently confers U.S. citizenship to Puerto Rican’s and enforces federal laws while allowing the island’s government autonomy in internal affairs.