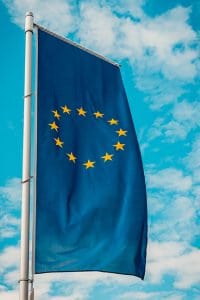 The European Union’s (EU’s) foreign affairs department announced last month that it was launching a rapid-response team to counter what it considers biased Russian media reports.

The unit, which will include ten Russian-speakers from EU member states, hopes to be fully operational by the end of September and will be part of the European External Action Service’s (EEAS’s) response to growing concern in eastern Europe and EU Baltic states about the destabilizing influence of Russian-language news reports

In March, the European Council asked the EEAS to respond to what EU leaders described as “Russia’s ongoing disinformation campaign,” and create a “communication team” as a “first step.”

The team falls short of requests to establish a full-blown, EU-funded Russian-language television channel (see Russian Rumblings in Europe, LM, July 2015), to provide an alternative source of news to Russian-speakers in eastern Europe.

Officials stressed the limited scope of the team and claimed its role would be to improve EU communications with Russian-speaking communities and not to produce pro-western propaganda.

In June, a Dutch government-funded study recommended the creation of a Russian-language “content factory” that would produce entertainment and documentary programs, alongside news and current affairs broadcast from a “news hub.”