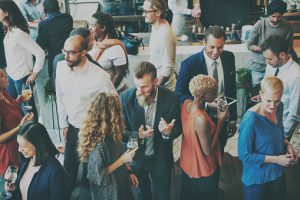 A new study has found that positive language used by Americans is on the decline. A new study conducted by researches at USC Dornsife and the University of Michigan suggests that the shift has been happening over the past 200 years. Research shows that people tend to use more positive words than negative, something that behavioral scientists have coined as the language positivity bias (LPB). This LPB has been on the steady decline, however.

The researchers thought that previous studies of LPB failed to acknowledge changes over time. Social scientists recognize that linguistic patters are a function of social, cultural, and cognitive factors. Some of these factors that have changed over time are related to economic hardships and changes in national subjective happiness.

Assistant Professor of Psychology and Computer Science at USC Dornsife Morteza Dehghani collaborated with researchers Rumen Iliev and Robert Axelrod at the University of Michigan on the study. They measured LPB in time-stamped compilations of American English in Google books and the New York Times and tested for linear trends.

Out of all of the factors on subjective happiness in the U.S., the researchers found that the number of causalities of war gave correlated results to negative linguistic trends. Researchers stated, “One highly relevant candidate variable that we identified, given these requirements, was engagement in war, with the added information of the number of casualties. Most importantly, there is ample historical record of war and casualties. Further, although wars certainly can have poly-vocal social-cultural significance, we would argue that, on average, war is negatively valenced and that the negative valence of a given war increases with its number of casualties. Finally, although there is some variation in public awareness of wars, media coverage and the political prominence of wars during wartime suggest that the floor of this awareness is at least somewhere above liminal. Accordingly, in this study, we investigate whether LPB fluctuates with war and peace by testing the hypothesis that conflicts with larger casualty counts will be associated with decreased LPB.”

Researchers also found that changes in LPB came from what they deemed “Economic Misery” using Okun’s Misery index, a combination of unemployment and inflation rates that indicate how harsh the economic environment is for the average person.

The research is a breakthrough when it comes to using technology and data in regards to linguistic trends over time. “The recent boom in data availability and computational resources has provided social scientists with tools to address empirically questions about which previously we could only speculate. In this work, we used automated text analysis tools to investigate whether LPB is a static property of language or varies as a function of time. We found a reliable downward trend as well as short-term fluctuations predicted by environmental factors and national-level subjective states. These results have important theoretical implications for our understanding of the role of affect in language. In addition, the results demonstrate the role that novel methodological approaches can play in resolving long-lasting theoretical problems,” Dehghani concluded.