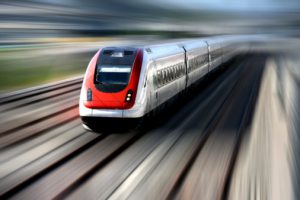 The U.S. is facing a shortage of bilingual teachers to keep up with the growing bilingual student population. Nearly one in four U.S. children speaks a non-English language at home, compared to around one in eight U.S. teachers. While there may be teaching jobs across the country for bilingual educators, schools are having difficulty filling the positions whether lack of teachers due to monetary incentive or a lack of teachers who speak more than one language due to lack of language integration in higher education. New America has recently published an education policy paper titled “Pathways to Prosperity: Growing a Multilingual Teacher Workforce” that suggests a solution to this problem: create a fast track for bilingual paraprofessionals to leave the workforce and enter the world of education. Around one-fifth of paraprofessionals speak another language at home, and New America argues, “These paraprofessionals frequently have the linguistic and cultural competencies their schools need, as well as considerable instructional and educational experience. That is, they often possess a great many of the requisite skills and much of the critical knowledge to serve as high-quality, multilingual lead teachers. If schools can get more of them to the front of their classrooms, they can considerably improve how young DLLs are served. The professional distance between paraprofessionals and teacher licensure may be less than many policymakers think.” I spoke with Jorge García, the executive director of the Colorado Association for Bilingual Education, who has spent over 30 years in the public school system, about his opinions on the new policies suggested by New America.

What is your opinion on the New America–suggested policy change to fast track multilingual paraprofessionals into teaching roles?
In general, any policy or practice that results in an increase of qualified bilingual and bicultural teachers is positive for our emerging bilingual students.
What positives could you see coming from it?
It is easier to become bilingual than it is to become bicultural. A person can learn to listen, speak, read, and write another language without having any empathy, understanding, or even interest in another culture. So one of the positives that I see is that we could be talking about people who have walked, or are walking, in the same shoes as their students and/or their families. One can read about and study the impacts of symbolic violence or the hegemony of English, for instance, but one cannot fully understand the burden that these situations place upon the psyche of a child or an adolescent (or even an adult) unless one has experienced and continues to experience those daily realities. Our bicultural and bilingual para-educators have these things in common with our students and families and can help them mediate or at least navigate the issues that inevitably arise.
What are some possible negative side effects?
Our schools of education and our teacher preparation programs, like most of our American institutions, were created by and for a specific demographic. Unfortunately, that demographic does not include nontraditional students, students of color, students whose first language is not English, or students who must continue to hold down full-time jobs while pursuing a degree. Changes to our higher education system could be viewed by those in the establishment or those who are served well by the establishment as the lowering of standards. Different pathways would be seen as “lesser” pathways. Those who come into teaching through these pathways may encounter teaching colleagues who do not have the same amount of respect for them as they do for those who have come via the more traditional routes. Another possible side effect is that these perceptions could become self-fulfilling prophecies. We run the risk of fast tracking someone into the teaching profession who is bilingual and bicultural but who perhaps is not pedagogically prepared to serve our children well. Teaching is a difficult profession. It is more difficult than it appears to the untrained eye. Many may observe an effective teacher who appears to be behaving naturally and effortlessly and conclude that teaching is easy. The fact is that a well-prepared teacher, that is a teacher who is well educated, does make teaching look effortless. We would not want to forego good teacher preparation in our zeal to put warm bodies in front of our children.
In which ways do you think that a paraprofessional compares to a teacher?
Some school administrators and teachers confuse para-educators with teachers, and our children are often the ones who bear the brunt of that confusion. Para-educators often lack the preparation to be teachers, but they are entrusted with the students who need the most support.  Too many times I have seen teachers assign para-educators to emerging bilingual students and, lacking the preparation themselves, give the para-educators general instructions and leave the details of the lesson unplanned. One-on-one or one-on-three instruction sounds good at first hearing but when the para-educator does not have the tools to be a front-line teacher, the students receive little or no opportunity to learn. To the extent that the para-educator is often put in charge of students, just like a teacher is, and to the extent that sometimes neither teacher nor para-educator knows what to do, I would say that they are often in the same boat. They just receive different-sized paychecks.
What changes do you think could be involved with, as the paper says, “improving the preparation pipeline”?
I believe that one of the biggest changes that might be useful would be some type of international agreement of reciprocity for licensed teachers. That, I believe, would be a beginning. I also believe that multiple pipelines—multiple avenues—to achieving the appropriate credential might be helpful. This is, however, a possibly dangerous endeavor. Dangerous in the sense that while we may want to open the gate for certain folks, what often occurs is that others may see that gate as a
n avenue to “beat the system.” A white, middle class, English only speaking person who enjoys many privileges may see an alternative avenue as a way of getting a license without doing the work.  I have seen candidates in alternative licensure programs who fit this description.I have seen, for instance, an alternative licensure program that was created to help rural, isolated districts recruit teachers into hard-to-fill positions being used by a former engineer who wanted to change his career and work for a suburban school district attempting to staff a magnet science, technology, engineering math program for their primarily white, middle class student population.  What I saw was not an exception. If there is a way for those of privilege to game the system to their advantage, many of them will. I fear that if we create alternative avenues for bilingual and bicultural para-educators, those avenues will soon become populated with those who do not have those attributes.
Reference: https://na-production.s3.amazonaws.com/documents/DLLWH_ParasBrief6.1.pdf

Leanna Robinson is a writer, artist, and assistant editor at Language magazine.
Jorge García is the executive director of the Colorado Association for Bilingual Education.  He was formerly the director of the BUENO Policy Center on Bilingual and Multicultural Education at the University of Colorado in Boulder. He has been a bilingual teacher, English as a second language teacher, and regular classroom teacher, coordinator, district-level administrator, elementary school principal, and university instructor.