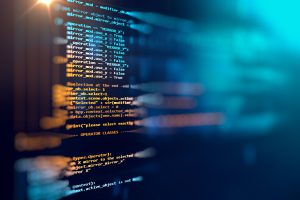 Glenn R. Davis, R-Virginia Beach of the Virginia House of Delegates has introduced a bill that could essentially eliminate foreign language classes in favor of coding classes in Virginia. Virginia, which in 2013 had 99,897 ELL students according to the National Center on Immigrant Integration Policy, along with over 1 million students currently follows the Foreign Language and American Sign Language Standards of Learning and encourage school divisions to offer foreign language instruction beginning in the elementary grades.

Davis, who has a record of supporting charter schools, much like Betsy DeVos, put forth the bill without any other delegate patrons last Tuesday. The bill, HB 2378 High school graduation requirements; substitution of computer coding for foreign language credit, “requires the Board of Education, in establishing high school graduation requirements, to provide for the substitution of computer coding course credit for any foreign language course credit required to graduate, except in cases in which such foreign language course credit is required to earn an advanced diploma offered by a nationally recognized provider of college-level courses.”

On the subject, author Amy Hirotaka writes, “Although we use the term ‘programming language’ to refer to C++, Java, Python, and so on, these aren’t natural languages. Spanish has a vocabulary of 10,000 words, with a consistent grammatical and sentence structure. In contrast, a typical computing language has a vocabulary of about 100 words, and the real work is learning how to put these words together to build a complex program.”