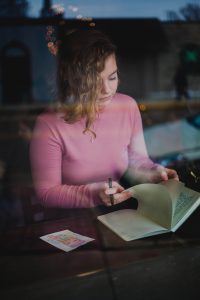 A new study, titled “Late Bilinguals Are Sensitive to Unique Aspects of Second Language Processing: Evidence from Clitic Pronouns Word-Order” asked whether English speakers who become highly proficient at a late age in Spanish could understand grammatical constructions that are present in Spanish but not in English. The study is hinged on the longstanding question if adults who acquire a second language after the highly sensitized time of childhood could understand complex grammatical structures of their non-native language.
The study observed the abilities of late English-Spanish bilingual participants to process clitic pronouns. These pronouns are part of a grammatical structure that is present in Spanish, but not English, and has shown to be a difficult grammatical structure to grasp for speakers whose native language doesn’t feature them. Spanish clitic pronouns match in number and gender, (for example in Spanish: “Ana tome la manzana y se la puso en la bolsa”; Ana took the apple and put it in the bag). Since clitic pronouns differ from English to Spanish, they are a good indicator of whether bilinguals can process the linguistic structure the same as native speakers would.
The study went on to examine “sensitivity to word order” in real-time as participants read sentences as quickly and accurately as possible. Participants used a keyboard and screen to go through the sentence word-by-word. Participants read the sentence one word at a time by pressing the space bar to go to the next word, with the previous words disappearing after the space bar was pressed. After the sentence was complete, a prompt appeared asking participants if the sentence was grammatically correct or not.
The study was able to determine, “late bilinguals are able to process a subtle and stable aspect of the L2 [second language] grammar. In addition, the data suggest that the questions that have been asked about constraints on late L2 acquisition may be inadequate in capturing the full complexity of language processing. Whether there are constraints on L2 processing may depend on the nature of the structure tested and the methodology chosen to address specific questions. The recent literature demonstrates remarkable plasticity in the way that bilinguals process grammar, not only in the L2, but also in the L1 [first language], suggesting that some structures are more open to cross-language influences than other structures.”