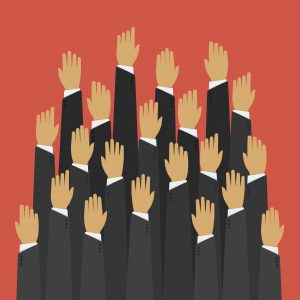 The administration’s proposed FY 2018 budget seeks to cut the Education Department’s $68 billion budget by $9 billion, or 13%, while increasing defense spending by $54 billion. The two programs that would suffer the most—their elimination resulting in $3.3 billion in savings—are Title II grants for Teacher and Principal Training and 21st Century Community Learning Centers. Both programs are essential in the struggle to provide educational equity for all of America’s students.
The “cuts for programs that serve America’s middle and working class are an assault to our values,” said Rep. Rosa DeLauro of Connecticut, the top Democrat on the House panel that oversees education spending.
Title II helps teachers and principals receive the professional development they need. It uses scientifically-based interventions and holds districts and schools accountable for improvements in student academic performance. In the world’s top-performing school systems, teachers receive about five times as much professional development time (NEA: www.nea.org/assets/docs/120701-ProfessionalDevelopmentBenefitsStudents.pdf) as American teachers. Academically high-achieving countries give their teachers about 100 hours of yearly professional development time, while the average American teacher receives about 44 hours.
Under 21st Century Community Learning Centers, federal funding provides for the establishment of community learning centers that provide academic, artistic and cultural enrichment opportunities for children, particularly students who attend high-poverty and low-performing schools, in order to meet state and local standards in core academic subjects such as reading, math, and science.
According to Heather Weiss of the Global Family Research Project, “Strategic investments in evaluation research over the past 15 years have yielded significant evidence that 21st Century Community Learning Centers and high-quality programs that serve children and youth during the nonschool hours are essential for preparing young people for the future.”
However, Mick Mulvaney, the director of the federal Office of Management and Budget, said Trump and his team “went looking for the most wasteful, most indefensible programs.”
The day the budget was unveiled Mulvaney commented on the 21st Century Community Learning Centers program, saying the initiatives it funds are “supposed to be educational programs, right?… They’re supposed to help kids who don’t get fed at home get fed so they do better in school. Guess what? There’s no demonstrable evidence they’re actually doing that.”
The reality is that there is a lot of evidence to support the claim that free lunches, after school programs, and summer programs do help kids do better in school. Five years ago, Jennifer McCombs, a senior policy researcher at RAND, a global, nonprofit research organization, found that “Despite long-term efforts to close the achievement gap between disadvantaged and advantaged students, low-income students continue to perform at considerably lower levels than their higher-income peers, particularly in reading. Instruction during the summer has the potential to stop summer learning losses and propel students toward higher achievement.”
Despite claims by many conservatives to the contrary, increasing educational spending in the poorest school districts significantly improves educational outcomes. A landmark study, “School Finance Reform and the Distribution of Student Achievement,” published by the National Bureau of Economic Research last year, examined student test scores in 26 states that had increased funding for the poorest districts since 1990, when courts changed how they think about states’ obligations to public school children and started asking about “adequacy” instead of “equity.”
The study consistently found that, in the long run, over comparable time frames, states that send additional money to their lowest-income school districts see more academic improvement in those districts than states that don’t. The size of the effect was significant. The changes bought at least twice as much achievement per dollar as decreasing class sizes in the early grades.
Cutting educational spending for those who need it most will create deeper divisions in this country which will not be healed by increasing military interventions. Congress needs to hear from the electorate across the country that slashing funding to successful education programs to subsidize defense spending is no way to make America great again.